How to deal with cheating wife? 9 ways

“How people treat you is their karma; how you react is yours.” 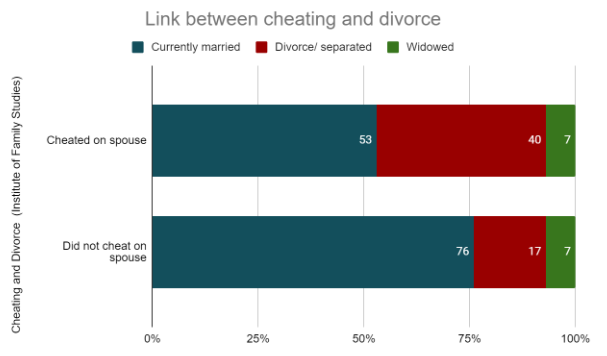 We obtained the above statistic from IFS. It shows the link between infidelity and divorce.

Cheating in marriage is common and can be categorized in two forms; sexual infidelity and emotional infidelity. Both forms of cheating can cause a great deal of distress for victims. However, when deciding what steps to take after a spouse is accused of cheating, many men tend to weigh both forms of infidelity before choosing a path.

Generally, sexual infidelity is most distressing and more difficult to forgive for men. Regardless of the distress, what’s important to men is the cost of cheating. When a man evaluates the cost of cheating to be high, he is likelier to leave the relationship or marriage.

Below are the two main ways he weighs cost;

A notion suggests that when a person cheats on their spouse with little to no emotional attachment to their accomplice, they are more likely to repeat the behavior, unlike if they were emotionally invested in the person they were caught cheating with.

The above notion might not be entirely true, but it is the lens many men use in evaluating their cheating wife or partner. Men can have sexual intimacy with multiple women without being emotionally attached to any, which makes them assume that women can do that too. Hence, when a husband knows that his wife had a fling with another man, he thinks she’ll most likely do it again.

If he sees the possibility of his wife repeating the offence, he’ll evaluate the cost as being too high. The act of infidelity crushes a man’s ego and trust. He suffers shame because he sees cheating as a mark of disrespect and disloyalty to him.

Although it could be said that a man’s distress is deeply rooted in jealousy when his wife cheats on him, it does not change the fact that infidelity brings about so much uncertainty. A man has legitimate reasons to be worried about the actions of his cheating wife.

Sexual intimacy for most women is more emotional than physical. There is a high chance that a cheating wife has a dwindling affection for her husband. She’s most likely investing her emotions somewhere else. A man evaluates if there is any redemption for his relationship. Does she still have affection for him, or is she in the marriage for other reasons?

He is also burdened to consider many other things like his health and the financial repercussions of a divorce.

If you’ve already evaluated the cost of your wife’s action but are not confident enough to make up your mind, we understand your dilemma. Take as much time as you need and weigh the consequences of the various options you have in resolving the issue.

We will not go further than we have in this section. It’s time we move on.

What to do with a cheating wife.

If you’re at a crossroads and don’t know which path to choose to deal with a cheating wife, this section will shed more light on the intricacies of each path you decide to choose.

Some of the questions you might be asking yourself like; should you break a relationship because of cheating, or do you forgive your spouse and work on your marriage? Do you let her off the hook easily, or do you make her feel the emotional traumas you are dealing with? We’re certain that you’ll find some clarity to reach a resolution.

How you react to cheating is solely on you. However, there are four (4) categorized ways people handle a cheating spouse;

Not all infidelity leads to termination of marriage or relationship. Some men choose to forgive and stay committed to their wives. They encourage their wives to do everything necessary to overcome cheating in marriage. They invest in counseling, intimacy, fun activities, and personal development. Studies have found that romantic relationships that experience forgiveness after a grievous transgression enjoy marital satisfaction and cohesion. Forgiveness could lead to positive outcomes in a relationship.

You might be wondering what reasons would make a man forgive and stay with their cheating wife. Some of those reasons include;

Forgiveness and reconciliation do not erode the uncertainties many husbands feel when choosing this path. They teach themselves to trust their partners again.

Forgiveness does not necessarily come with reconciliation. Some men forgive their cheating wives and still choose to dissolve their marriage which is not surprising. Infidelity is one of the leading causes of divorce around the world. Marriages are no longer the same when a spouse decides to cheat.

For husbands that insist on dissolving their marriage after they’ve forgiven their cheating wife, some go an extra length to establish a good working relationship with their ex for the sake of their children.

Some reasons why some husbands decide to dissolve their marriage include;

Separation does come with some financial risks, but some husbands are willing to pay it for their peace of mind. If you’re wondering How to trust someone again after cheating, click the link. 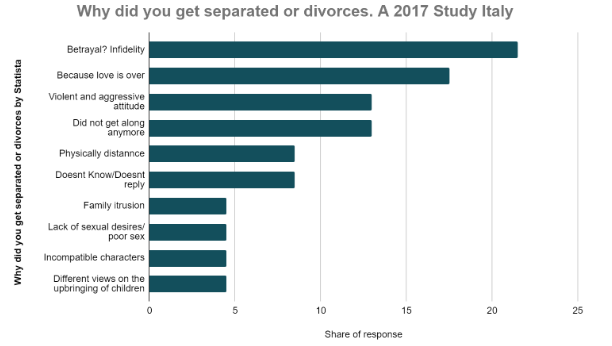 Some unhappy people stay with their cheating spouse for the wrong reasons. Looking at their relationship, you can see it has ended, although not legally. They and their partners live with hatred. The atmosphere in their home is toxic.

Some husbands are so vengeful. They stay in the marriage to make his cheating wife miserable. They see divorce as letting their wives walk scot-free. Some vengeful husbands become extremely violent physically and emotionally. They go as far as ruining their wife’s reputation and social benefits. Sadly, their children are not exonerated from their misery.

The last way people react to cheating is to divorce and remain hostile toward the partner that cheated on them. The grave sense of dissatisfaction and betrayal they feel denies them the conscience to forgive and let go. Sadly, they allow the actions of their cheating wife to continue to control them long after they’ve dissolved their marriage. When kids are in the picture, they tend to suffer from their parents’ animosity towards each other. Sometimes a child has to live with the fact that they can no longer see one of their parents until either or both agree.

How to react to cheating.

Husbands who are dealing with the effect of infidelity experience a range of emotions and act out based on these emotions. It is often hard to act rationally when you feel a sense of injustice. Sadly, some actions have led to the demise of many people. We are responsible for our behavior and would be held accountable for them.

We cannot outrightly dictate to anyone how to react to cheating but below are a couple of ideas that could help you handle the situation better.

You might feel confused, extreme anger, disappointment, hate, vengeful, shame, and other negative emotions, but you must control them, so they don’t get the best of you. Controlling your feelings does not mean that you hide them. It only means you won’t allow them to go overboard and violate another person’s human rights. Three things could ignite your outburst;

Be careful of them. Tell yourself to breathe and be calm.

The best thing to do in situations that are driving you crazy is to give yourself some breathing space. Before you think of throwing punches or engaging in any heated argument, breathe and walk away. Give yourself enough time to calm down and gain a bit of rationality before addressing the issue. Violently dealing with a cheating wife is never the answer.

Emotions can cloud judgments. When you act impulsively without understanding the whole situation, you could make decisions you can’t take back. Do not assume that your wife is cheating on you; have sufficient proof that she is cheating.

Some people are in the habit of defining themselves based on the actions of their spouse. For example, some men see themselves as inadequate or not man enough because their wives cheated on them. Don’t be tempted to evaluate your worth on the destructive behaviors of others towards you.

One thing that many offenders do is pressure victims to react or respond quickly. They want to see where you stand. They are also persuasive. Don’t fall into their trap of back and forth. Give yourself enough time to think through everything before responding. Ask them to give you space or time. A wife who has cheated on you will respect your request for space. If she doesn’t, do not make her your business. Put yourself first and try to heal.

Replaying the sad event over and over will do you no good. If anything, it would cloud your decision-making. Try to occupy your mind with activities and conversations that will put you in a positive mental place.

Your friends would join you and rant about your cheating wife but won’t help you deal with the deep emotional issues that arise from the infidelity. Highly unlikely. Seeking professional help means you value your mental and emotional health.

Marriage and relationship are not the same. You can walk away without saying anything in a relationship, but it will do you no good to shy away from having a conversation with your cheating wife. You have a legally binding contract with her which the society and law recognizes. She needs to know if you’ve made up your mind about what step you want to take. It’s also a good idea to hear her out. You don’t have to buy everything she says, but listening to whatever she says is no harm.

While you are all out to deal with your cheating wife, do not forget that she is the mother of your children, and your children will be affected by the whole situation. Aim to resolve things like adults and don’t make your children suffer for their mother’s actions or your decisions.

If you’re asking how to get your marriage back on track after your wife or husband has cheated on you, here are a couple of things to do;

Infidelity in marriage is one of the top four reasons for divorce in many countries. The act has a pandora box effect on marriage. Betrayed partners go through many traumas they find hard to deal with. A husband that wishes to deal with a cheating wife has four paths to take; forgive and reconcile, forgive and separate, stay married and live in constant unforgiveness, or separate and don’t forgive. Whatever path you choose, make your children a priority. 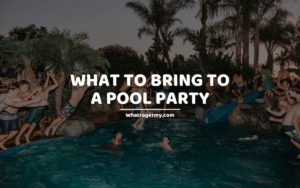 What to Bring to a Pool Party: 14 ‘Must Have’ Items

What to Bring to a Pool Party: 14 ‘Must Have’ Items WhatToGetMy Instructional Article Before you head out to that cool pool party, you might need to check this list and be sure you are not leaving any essential item behind. You wouldn’t want a 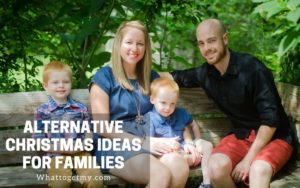 6 Alternative Christmas Ideas for Families WhatToGetMy Instructional Article Is it Christmas Time yet? Unbelievable, it’s like we went on summer holidays yesterday, and we wake up today having to do all the Christmas shopping. Where did all those days go? The entire year just 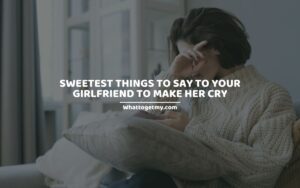 Sweetest Things to Say to Your Girlfriend to Make Her Cry – 5 Topics to Talk about to Make Her Cry. WhatToGetMy Instructional Article There are many factors that keep a relationship strong such as loyalty, communication, compatibility and actual attraction between partners. An underrated