There are several signs a girl has never had a boyfriend that you can notice if you pay close attention to her. These usually come due to her lacking the experience that one gets when they have been in the dating game for a while.

Interestingly, these signs can also be seen in ladies who have never had a long-term relationship which allowed them to pick up on some relationship norms. 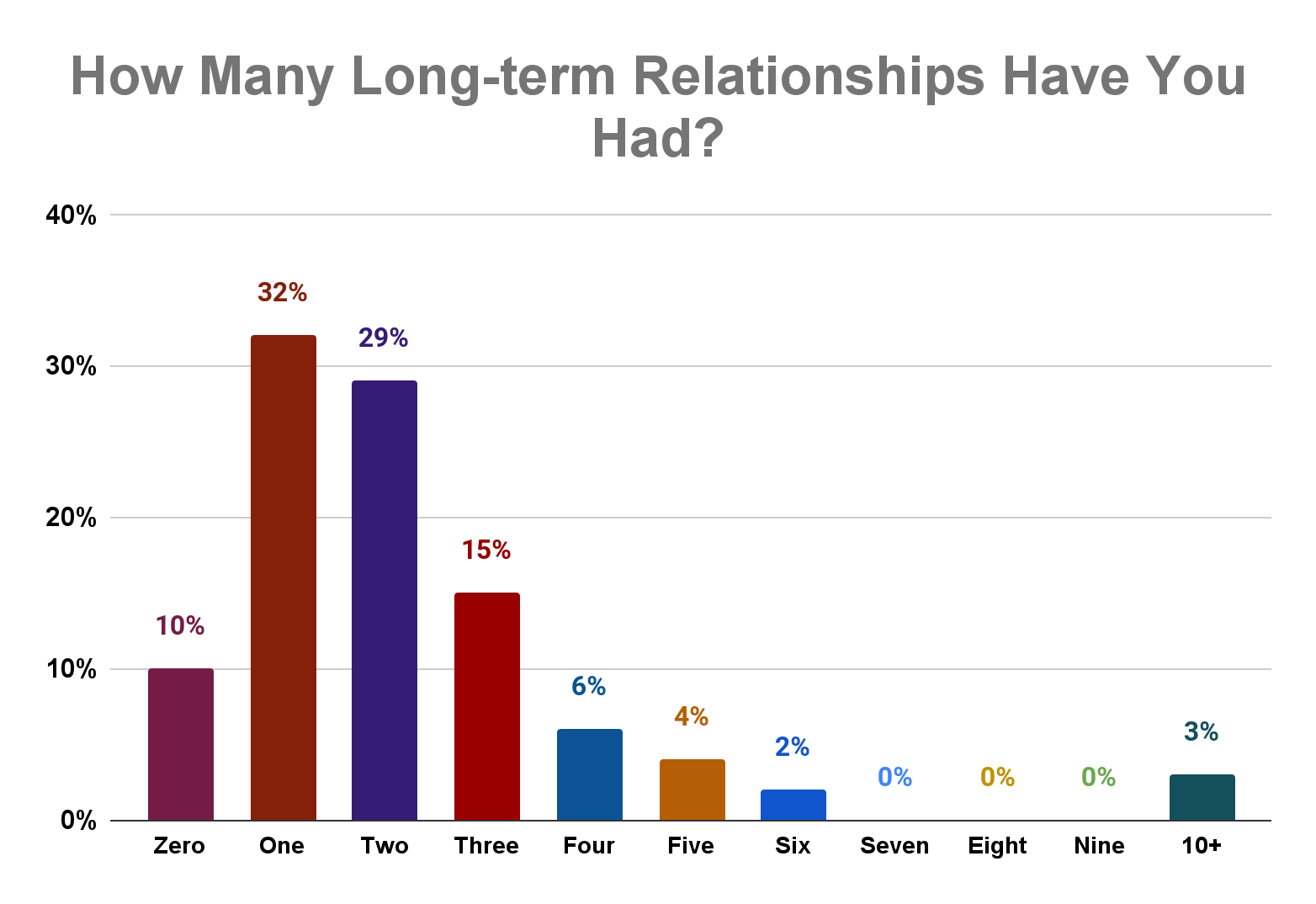 According to the Daily Mail, there are quite a number of women like these, so when you notice such signs in a woman, it might not mean that she has never had a boyfriend, but that she has never had one who stayed a while. Regardless of which it is, these signs tell you whether a girl has ever truly enjoyed a relationship experience.

Before we go any further, it is important to note the reasons why a woman might have never been in a relationship. Some of these include:

If you are hoping to get into a relationship with a lady who is new to relationships, understanding her reasons for being in such a situation can be quite important to the success of your relationship.

Without further ado, here are some signs a girl has never had a boyfriend.

1. Lack of interest in getting into a relationship

A girl who has never been in a relationship would likely not attach much importance to getting into one. She will find it difficult to commit, and you will have to put in a lot of effort just to get her to go out with you.

If you plan on making her your girlfriend, you should prepare yourself for the hard work you will face to both get and keep her.

It might seem a little weird that this can help you answer the question, “how do you know a girl has never had a boyfriend?” but this is the age of online communication and media, so it is quite applicable.

You see, social media has become as much a place to meet someone as along the street or at a club. Many have gotten into relationships from meeting people on comment sections and online forums.

If the girl in question generally avoids social media, her chances of getting in a relationship would be reduced. It could also point to an unwillingness to be sociable, which will also affect her offline relationship chances.

How will she meet guys to date if a girl is quite introverted and doesn’t want to go out much? Especially if she isn’t active on social media.

This is why a sign a girl has never had a boyfriend is that she stays home quite often and isn’t a fan of going out much. This also means that if, by chance, a guy meets her, asking her out will be another point of contention, seeing as she loves the indoors.

4. She always hangs out with female friends

Some ladies think it is okay to have never had a boyfriend because their social needs are satisfied by their female friends. They engage in so many activities with their friends that they see little interest in relating with men and their shenanigans.

It also means that they have little time to want to see or even be with men. The irony is that whenever she hangs out with these friends, they probably keep pushing her to talk to whichever guy they see on their outing.

5. She is usually engaged with work or school

Is she 25 and never had a boyfriend? Check her professional goals and work schedule. Some ladies out there are quite driven by their work and refuse to be weighed down by a “mere” relationship.

It isn’t work that takes their time for some ladies, but rather school. College these days is so hectic that some girls have decided to swear off serious relationships until they are done and who can blame them?

With the little time that life provides some girls, it is little wonder why they have never been in a relationship.

When you’ve been in relationships before, you get to pick up on relationship lingo or at least romantic texting etiquette. This is why some things can simply be hinted at when texting, and the other person would get what you are trying to say.

Therefore, it is understandable that someone who has never been in a relationship would not be so well-versed in replying to you as they should. They might, for instance, maintain small talk with any hints at romance flying over their heads.

7. Her hobbies and interests have little to do with guys)

A trait you might find with a girl who is 16 and never had a boyfriend is that the things she is interested in don’t involve guys. This little association with guys means that there is little chance for a Prince Charming to sweep her off her feet.

If it can apply to a girl so young, it can also apply to older ones. Finding a lady who has been single all her life because of this reason might be a little rare though, with men and women nowadays engaging in traditionally reserved activities for either sex.

8. She or her family have very traditional views

It is quite possible to find a lady with traditional views, especially those from developing societies in Africa and parts of Asia. These views and beliefs may have kept her from engaging in relationships for reasons such as avoiding sex before marriage or bringing shame to her family by relating with a man that isn’t her husband.

Sometimes it isn’t even the girl’s decision as societal and religious norms, as well as pressure from her family, may have forced her to look away from anything “men” until she was deemed ready for marriage.

If the girl in question is therefore quite conservative or from a traditional culture, don’t be surprised if she tells you, “I have never had a boyfriend.”

9. She shows little interest in men

Some girls simply don’t care too much about guys regardless of men being their sexual preference. When their friends gush over cute guys and celebrities, they keep quiet because they don’t understand the appeal. Even when talking to guys, they are quite indifferent because they have no need to impress them.

Such a girl having never been in a relationship wouldn’t be surprising; if she doesn’t find men all that interesting, why would she date them?

10. She has high standards for men

Look, there is nothing wrong with a woman having high standards for men – she knows what she wants and is going for it.

However, there are some ladies with standards so high that it would be difficult to find a man who ticks all the boxes. The best such ladies can hope for is a man that satisfies most of these requirements, but they simply refuse to budge.

In such cases, it isn’t fair to say that she will never have a boyfriend because she can still find someone, but it wouldn’t be surprising if she’s never had one.

11. She either gets clingy or shows no affection in your relationship

Imagine you are dating a woman who is 20 and never had a boyfriend. Do you think she would act the same way as one with experience? She most likely would not.

She would likely stand out in the amount of attention and affection she gives to the relationship. This is something that people who have been in a relationship for years still struggle with so imagine a girl who is new to the whole thing.

Sometimes she would give you too much attention, and other times none at all. She isn’t being clingy or cold; she is just confused.

12. She gets dramatic at the slightest relationship problem

A lady in a new relationship might panic at the first instance of trouble because she is unsure how conflict affects a relationship. She might, for example, get overly worried if her boyfriend doesn’t call all day because he was swamped with work and mistake it for a sign he is angry with her.

If only she had been in a relationship before, she would know that sometimes these things happen, and they can easily be resolved.

13. She plans everything out

Planning everything to the last detail is the best way to ensure success when you do something and don’t want anything to go wrong.

This also applies to a girl who has never been in a relationship and just got into one. There is a good probability that she will try to plan all dates, hangouts, and basically the entire relationship because this is her first time, and it cannot go wrong.

Here are other tips on making your relationship stronger.

14. She agrees with you on everything

Western culture dictates that a girl starts dating young, so it is not unusual to ask if it is normal to not have a boyfriend at 20. This can make girls who just got into their first relationship “late” feel like they have to do everything possible to keep their relationship going.

This can manifest in such a girl being too agreeable with you. They become “yes-men” who don’t put up any sort of resistance to whatever you do or say. This can get quite annoying, so we suggest that you manage your expectations if you are in such a situation.

15. She’s awkward around you

Again, a girl who has never dated before will not have much experience being around a boyfriend. Barring her possessing a very confident nature, she will most likely get nervous around you.

So if you notice her making quite a number of mistakes around you and it isn’t because she has anxiety, this may just be the first time she has ventured out of the land of singles.

How do you know if a girl has never had a boyfriend?

How do I approach a girl who never had a boyfriend?

Is it OK to have never had a boyfriend?

It is perfectly okay to have never had a boyfriend, and you are not alone in this regardless of what pop culture tries to get you to believe. If it is something that you want, don’t fret about it because it is coming. And if you aren’t too interested in relationships at this point, that’s fine too. You are your own person and are free to make your own decisions.

As much as getting into a relationship young has become quite widespread, it is not the norm for many ladies. Therefore you should not be surprised when you meet such a girl and notice these signs in her. If you plan on dating her, be prepared to be patient and understanding as she learns what being in a relationship entails.

According to you, what is the maximum age range at which a person should have gotten into at least one relationship?