Are we alone in the universe? Is there life after death? Why does he keep coming back if he doesn’t want a relationship? These are all baffling questions that have kept so many humans up at night, and rightfully so because we need to know the answers to them.

In the case of a guy who keeps coming back into your life and yet refuses to commit, this can be particularly painful because it can lead to several negative emotions. You might feel confused, hurt, and insecure over wondering why he keeps coming and going instead of staying.

You might also keep wondering why you always give him a second chance even when you know he’s just going to hurt you again. This isn’t your fault because it is simply how humans are wired. We want to give people we like a chance to redeem themselves.

We can’t tell you the exact reason he keeps coming back but won’t commit, but we can give you several potential reasons he does. Looking at these reasons and comparing them to your situation, you might be able to pinpoint the cause of his behavior so that you can use it to take the right action.

When a man keeps coming back, it means that he is attracted to you somehow. It could be physically, mentally, or otherwise, but whatever it is, he finds it attractive. However, if he doesn’t make an effort to commit and stay, then it could mean that he isn’t attracted enough to want to pin you down.

Don’t let this bother you if that’s the case because people are different and find different things attractive. You just need to dust your feet and move on.

If you have a non-committal man who keeps coming back, the reason he can’t seem to commit might be that he is unable to commit. This could be due to any number of reasons such as a traumatic experience in past relationships, an upbringing that was less than ideal, or even events in the relationships of friends and family that made commitment seem like a taboo.

A major problem of this fear of commitment is that it might be subconscious, and he wouldn’t even know why he behaves the way he does. This makes it more difficult to point this out as a reason.

There is also the chance that he keeps leaving and coming back because he still isn’t over his relationship. He might still miss his ex or be so emotionally drained that he is unable to give you the proper attention that he should. He, therefore, keeps going back and forth because he likes you but doesn’t have the capacity to be with you.

This is especially true for guys who just came out of serious long-term relationships. You might need to give him time to move on if this is the case.

The truth is, men don’t have a lot of people they can open up emotionally to, and if this is something you offer him, it makes sense why he always comes back.

It’s perfectly plausible that he might not think you have the qualities he is looking for in a partner but still runs to you when he is lonely or in need of emotional support. Why? Probably because you not only listen to what he has to say, but give him sound advice as well.

Why does he keep coming back into your life if he doesn’t want a relationship? Maybe he wants to be independent and unburdened by the responsibilities of relationships. He doesn’t want to call or text every time or be there when you need him for stuff.

He still wants to have someone to be intimate with, though, and all the other things girlfriends do. Basically, he wants the benefits of a relationship without the responsibility. This is why he leaves when things are getting heavy and comes back to start off on a clean slate. 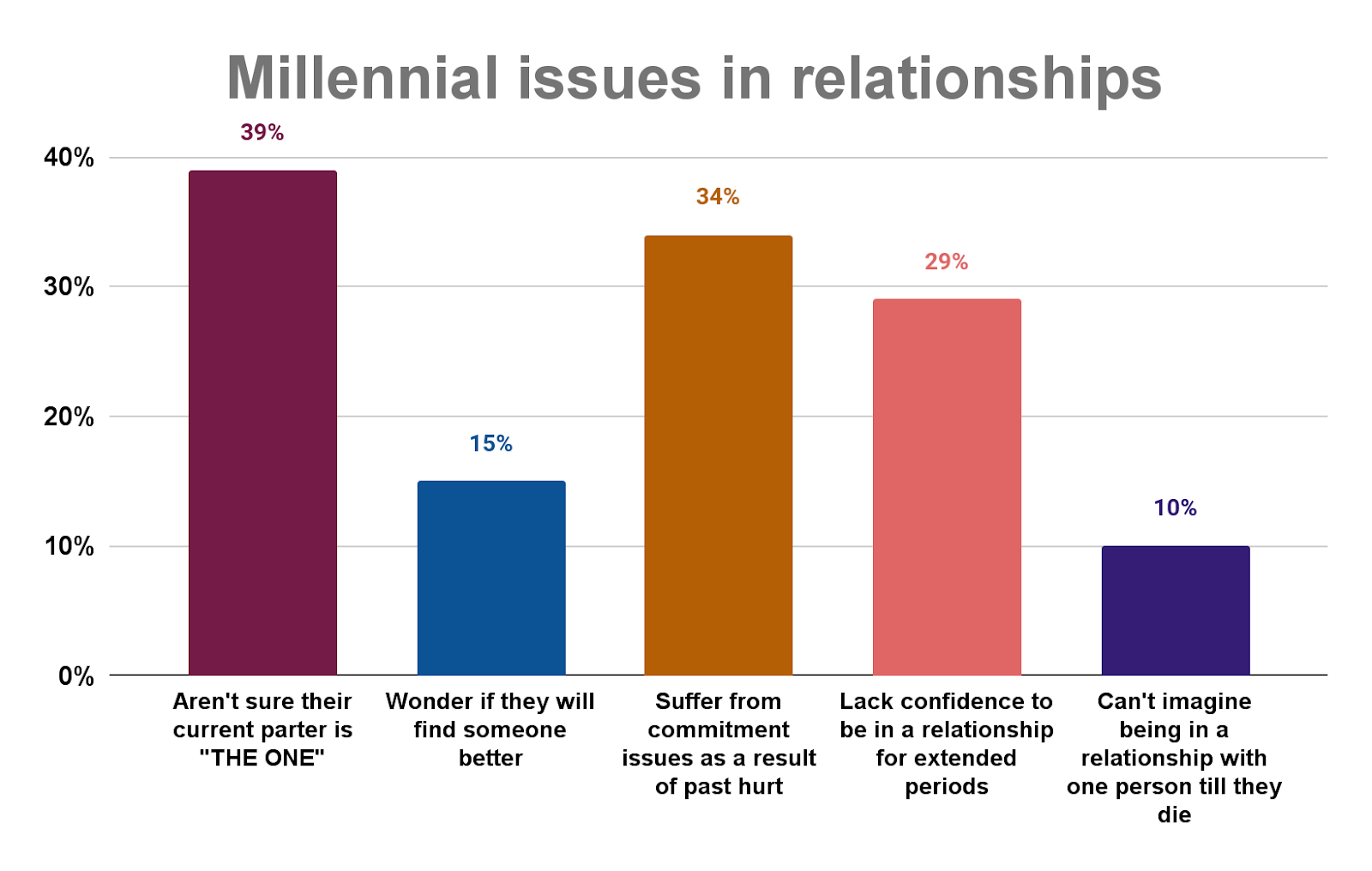 Maybe you and your ex keep coming back to each other because he isn’t sure that you are the one for him. According to data from eHarmony, as shown by Dr. Paras, a significant number of people aren’t sure they are with the “one,” and the guy in question could be one of them.

As a result of this confusion, he keeps coming into and going out of your life because he doesn’t want to limit himself to one person in case he finds what he is looking for in someone else and has to leave.

As we know, guys are very big on sexual gratification, and if this is something you offer him, it could be why he keeps coming back. He is essentially using you to satisfy his sexual needs without committing to you to get it. Not only can this hurt you, but it exposes you to dangers such as STDs that he may collect from others.

Such behavior is especially prevalent in exes from serious long-term relationships who have gotten attached to the sex you used to have.

If you have a good friendship/ acquaintanceship with a guy, there is a chance that he is keeping you at arm’s length to reduce the odds that a relationship develops.

He might believe that if you both enter a relationship and then break up, the good non-romantic relationship that currently exists between you will be no more. The reason why he keeps coming back into your life is, therefore, to keep the current dynamic going, but then he only stays for a long enough time that a relationship doesn’t develop.

Another reason why a guy keeps coming back to you might be because he really likes you but is unable to do anything about it because he is in a relationship already.

So he keeps coming and going to engage with the person he likes – you – but doesn’t stay because he has to go back to his partner. If this is the case, it is very possible that he mostly shows up during the rough times in his relationship and then leaves after patching things up with his girlfriend.

You might be interested in Signs He Is Hiding something and Warning Signs of A Double Life.

Some guys are manipulative jerks who only enter a girl’s life to use her. Check if the guy in question is such a guy by observing what he asks for when he returns. Maybe he wants to drive your car, or needs accommodation and stays with you for a bit. He might even need access to someone you know and so requires an introduction.

If he always comes back to you only when he needs one thing or another, he is nothing but a leech that will leave again after he has sucked enough of your lifeblood.

If you’re the kind to spend easily on people, then you shouldn’t be surprised when someone keeps coming back into your life to take advantage of that. If the guy of interest is used to you spending on him, taking him out, buying him gifts, and spoiling him, he wouldn’t want to stray too far from you.

The part of him that doesn’t want a relationship will keep taking him out of your life, and the part that wants to be spoiled will bring him back.

The guy might be confused about whether he wants a relationship or not. For instance, he might want to ask you out at one point, and the next, he decides against it because doubts crept in and clouded his mind.

So while you might be wondering why he keeps coming back if he doesn’t want a relationship, he is there fighting an internal war that keeps him from committing further.

You can check for this by observing the times he comes back into your life and the times he leaves. If he comes back when you find somebody else and then goes after wrecking that relationship, then there’s a good chance that he just doesn’t want you to move on.

Sometimes the reasons why guys keep coming back have less to do with them and more to do with who they are coming back to. If you make it easy for a guy to come back into your life regardless of the number of times he leaves, he will keep doing just that.

Signs that you are making it easy for him to come back include always showing a willingness to accept him, replying to his calls and texts whenever he makes contact and acting apologetic as though it was your fault he left. Allowing him to have this power over you is the reason he feels he can waltz in and out of your life as he pleases.

If you watch the show “Insecure,” you’ll have seen what went wrong between Issa’s and Nathan’s relationship the first time. Nathan had a mental illness that prompted him to just leave Issa out of the blue, only coming back after he was in a better state of mind.

This is not just limited to the fictitious world but also appears in the real world. It is then quite possible that what it means when someone keeps coming back into your life is that they have a mental condition that keeps them from committing.

For instance, a bipolar guy might want to be with you all the time in his manic period but cut all contact with you during his depressive state.

When a guy keeps coming back to you, what does it mean?

Why do guys come back and leave again?

Is it true if you let someone go they will come back?

If you let someone go and they come back to you, it isn’t simply because of this adage but due to other factors. A major factor is that they saw a huge difference in you and so are asking for a second chance to reap the benefits of the new you.

Many of the reasons we showed you in this article are quite negative, and there is a reason for that. A guy who keeps going in and out of your life is not somebody you should pay any mind to because they usually have ulterior motives or are confused and unsure about you.

You don’t need such issues in your life. You deserve someone who loves you for you and is sure he wants you. Don’t settle for less.

How many times have you taken a guy back after a breakup?