11 Tips on how to date an older woman.

“Dating is different when you get older. You’re not as trusting or as eager to get back out there and expose yourself to someone.”

Going for an older woman is like venturing into the deeper and untamed part of the sea where bigger fishes reside. Only the brave can venture this path because older women have mastered the sea of dating and are not easy to catch. 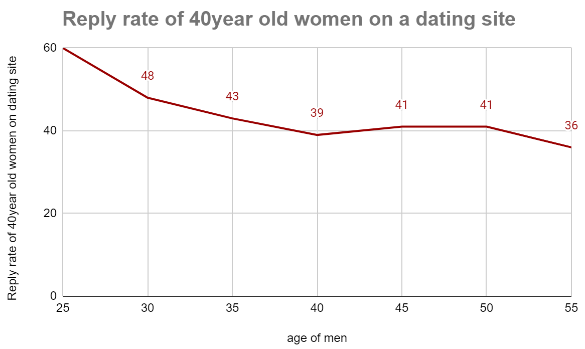 Things to know before you date an older woman.

Many qualities distinguish older women from younger women. Knowing these qualities makes you stand a better chance of dating an older woman and having a productive relationship with her. They are;

Most older women have a good understanding of who they are and what they are capable of. Therefore they don’t need a date to define who they are to feel special. An older woman will consider your attempt at guessing who she is to be patronizing or a desperate move to be closer to her.

Self-knowledge makes her patient with herself and less eager to prove to people who she is. She knows her mental state, values, feelings, desires, and needs and can communicate them if she wishes. If you want a productive relationship with an older woman, let her teach you what you need to know about her. Don’t make assumptions about her and take those assumptions as fact.

Older women are termed ‘big girls’ for several reasons. Most older women know their right and left and can handle life as it comes better than many young women can. They don’t need much validation from people to feel good about themselves. Their life tends to be more organized or, better yet, can give a better impression about how they handle life. Her self-reliance makes it difficult for her to get easily attached to men. Therefore when dating an older woman, don’t expect her to depend on you or your love. She will take you as you come and will teach herself to move on quicker if things do not work out between you.

The misconception many men have about single older women: they need a man and are willing to do anything to get and keep a man. This idea is not entirely accurate. Many women prefer singleness over unhappy relationships. Studies have shown that older women who were once married find relationships less desirable. If you decide to date an older woman, remember that she will most likely be reluctant to have anything serious with you. She might be up for a fling but hesitate when you offer her a serious relationship.

Given that she is no longer a novice in the relationship arena and she has a good understanding of herself, do not expect her to settle for just about any guy. Older women don’t shy away from asking hard questions, so be prepared for them. She knows what she wants and would do all the investigation she needs to do before trusting you with her heart.

Older women have learned to manage their time to increase productivity. Women in their 30s and 40s are usually at the peak of their careers and wouldn’t want someone that would derail them from achieving success. If you decide to date an older woman, don’t waste her time.

Older women tend to be skeptical about young male lovers for good reasons. It’s no news that many young lovers out there are into relationships for what they can get from older women instead of love. Most older women are tired of playing games and are unwilling to let anyone into their lives easily.

People call older women bossy because they confidently and clearly state their expectations in their relationships and insist on those expectations being met. Older women know what they want and are not shy to demand it. If you wish to date an older woman, be ready to hear what expectations she has for you as a partner and be blunt about your ability to fulfil those expectations.

How to behave when dating older women.

There is nothing as sexier and mature as a man who knows what he wants and goes for it; a young man that demands the full price of his worth. Older women cherish men who know what they deserve and go for it without undermining others.

When dating older women, be time conscious because they value their time. Many older women cannot deal with time wasters in the long term or short term, except it serves their purpose. A typical example of being time conscious is being present at an agreed-upon time. Arriving late for a date without forewarning her is a red flag. Older women consider this behavior to be childish and irresponsible. Not many of them will grant a second date.

A second example of being time conscious when deciding to date an older woman is being sure you want a relationship with her. With ample experience up their sleeves in the relationship arena, older women value men that know what they want and stick to it. Most older women don’t have time to convince a man to stay with them.

Older women consider a lack of accountability as a sign of childishness. Older women are not willing to have a long-term relationship with someone that isn’t accountable. They’ve been there and know how irritating a lack of accountability is in a relationship. They are unwilling to accept their partner’s flaws nor let him go blameless when he is guilty of wrongdoing. One way to be accountable when dating older women is to accept wrongdoings and apologize instead of making excuses for them.

Never let your assumptions guide how you relate with an older woman else, you get burnt. A common mistake that many young guys make when dating older women is to let their assumptions guide them. While it is ok to be uncertain about her expectations, desires, attitudes, and values, it is wrong to try to place her inside a box you’ve made up in your mind about her and relate with her on that basis. Ask her about herself if you want to know more about her. Be observant about things she does and ask why she acts in a certain way if ever you are confused. Older women value men that allow them to be themselves.

If you wish to command the respect of an older woman you are dating, be resourceful and self-reliant. Big girls love boys that have their stuff together and can take care of themselves. Most older women don’t want to baby men that intend to get into a serious relationship with them. You are very dispensable if you depend on her love and money. No one wants to keep a leech for a long time. She may keep you around if she feels you are valuable to her in one way or another but won’t consider you a serious contender for her heart or love.

There is nothing as annoying as a man who people easily influence. Older women dislike men that cannot think for themselves and make good decisions independently. Men with no mind of their own are considered immature and a burden to be with. If you are dating an older woman, remember that she will be looking out for what influences you and whether you can make your own decisions and stick to them.

Dating an older woman comes with certain hurdles, including getting her to trust you. Older women are not keen on getting into relationships. They are tired of playing games with unserious fellows and prefer being on their own rather than being used and deceived. Therefore, to bypass the first few months of dating an older woman, learn to be patient. Some of her actions will spell distrust; for someone genuine, it is tiresome to deal with.

An older woman will be attentive to how you spend your time. If she knows you are comfortable spending time with yourself, she will learn to trust you in her space faster. The reason is that she knows that you understand the value of independence as much as you know the importance of togetherness. She trusts that you will not feel mad that she doesn’t need your company all the time. However, if you spend all your free time in other people’s spaces, an older woman will become slightly skeptical about you.

If your best line of defense during an argument involves making fun of an older woman’s age, then you are not ready to date an older woman. Dating an older woman requires a good level of maturity. You should not be able to look past her age when relating with her. Older women will appreciate you better when you see them for who they are.

Older women are skeptical about dating younger men because they fear being abandoned by someone much younger. Show commitment when dating an older woman if you want her to take the relationship seriously.

When picking an outfit for your first date with an older woman, consider the time, place, the definition of the meeting, character, and status. Older women love men that have a good sense of fashion that is unique. They are generally not fuzzy about what a man wears on his first date so far he is presentable. They wouldn’t want to scare you and therefore wouldn’t act too demanding. They would, however, not appreciate you showing up in rags. Semi-formal outfits are great for first dates.

You can have a healthy and flourishing relationship with an older woman. It all depends on your maturity and approach. 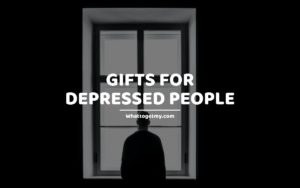 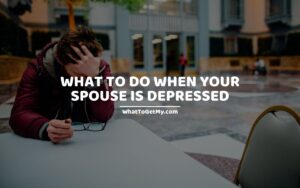 What to Do when Your Spouse Is Depressed – 11 Ways to Support a Depressed Spouse.

What to Do when Your Spouse Is Depressed – 11 Ways to Support a Depressed Spouse. WhatToGetMy Instructional Article Coping with a depressed husband/wife can be tasking if the wrong approach is taken. The right approach is to support a depressed spouse and provide the 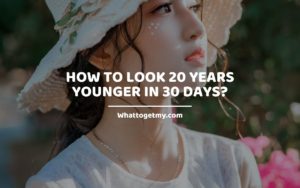 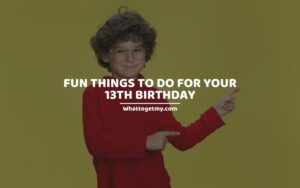 25 Fun Things to Do for Your 13th Birthday

25 Fun Things to Do for Your 13th Birthday WhatToGetMy Instructional Article Your 13th birthday is one of the most special because it signals a new stage in your life – teenagehood. Like all other birthdays, this one must be celebrated as proof that you