How to not argue with mother-in-law; 9 effective tips.

“It takes two amazing women to keep a family alive; a wife, and a mother-in-law.”

Don’t you just hate arguing with your mother-in-law? Arguing with her is like falling into an ice water and hoping you don’t get stuck in it. It is a very uncomfortable experience and sadly it happens often for a lot of women.

We all wish we can have a jolly good relationship with our mother-in-laws, at least, for the sake of our husbands and children. However, it is difficult to get along with a mother-in-law who has chosen to be spiteful towards you.

When her actions push you to a corner, you are forced to make uncomfortable decisions. Sometimes you’re forced to voice your displeasure at the risk of worsening your relationship with her or ignore her and endure her excesses.

Five tips to help you deal with an angry mother-in-law.

Dealing with an angry mother-in-law should be centered on understanding the underlying factor that causes tension between you.

At the root of most arguments between mother-in-laws and their daughter-in-laws is a silent power tussle. This power tussle breeds intolerance, petty arguments, fault findings, vindictiveness, and unhealthy emotional feelings, poor attitudes, and behavior between both women.

Being aware of the possible power tussle between you and your mother-in-law, you become more objective and empathetic when resolving issues with your angry mother-in-law.

Here are 5 effective steps to dealing with an angry mother in law;

No matter how provoked you are at your angry mother-in-law or how unreasonable you think she is, allow her to vent her displeasures so that you can pick out all the reasons for her anger. Interrupting her while she is trying to express her grievances could potentially put you in a negative light. You don’t want to encourage people to misunderstand your situation because of how you’ve chosen to react towards her, especially when your mother-in-law could be the unreasonable one in the argument.

In a heated conversation where your angry mother-in-law is yelling at you, firmly tell her that you are listening to her and she doesn’t have to yell at you. If she insists on yelling, you could walk away from the conversation until you are both calm enough to speak to each other respectfully.

If your mother-in-law is angry with you and isn’t directly addressing why she is angry, try to engage her in a conversation and ask if everything is alright. If your angry mother-in-law insists that she is fine and has nothing to say to you, move on from the situation and relate with her as though you don’t sense anger from her.

Being silent during an argument isn’t always the best approach to resolving mother-in-law issues. Your silence could sometimes embolden false perceptions and, or behavior. Insist on explaining yourself when you should. The only chance you have at improving your relationship with your mother-in-law is to get her to understand you as much as she wants you to understand her. Avoiding tense interactions will not bring you closer to her.

Interact with your mother-in-law as you would with your mom, aunts, or any other elderly lady you respect in your life. Explain to her why you acted the way you did. Mind you; intergenerational conflicts are common between in-laws and their children. Don’t write her off because she doesn’t understand how you do things.

In a situation where your mother in law doesn’t want to give you a chance to explain yourself, introduce a third party/ies to the argument. A third party like your father-in-law and, or father would insist that everyone is given a chance to speak. A mature male figure is sometimes the best option. It could also be your husband, but most times, husbands don’t like being in the middle of a conflict between their mom and wife.

Nothing as annoying and insulting as excusing wrongdoings. Many women find it difficult to apologize to their mother in laws for fear of giving her leverage over them. They fear admitting wrongdoing could embolden their vindictive behavior and power greed.

It doesn’t matter what your mother-in-law decides to do with the apology you give her; when you are wrong, admit it and apologize. Always do your bit in the relationship, and don’t seek to control the response or reaction of your mother-in-law.

Mind you, the best chance you have to get along with your mother-in-law is to be accountable for your actions. By being consistently accountable, you set a precedence for yourself and others and create healthy boundaries for interaction in the relationship.

The relationship between you and your mother-in-law is a work in progress. Therefore arguments are ground for new discoveries of better ways of relating with each other. After you’ve understood why she was offended, your next step is to discover how best to relate to her.

Let’s discuss this point with a practical example.

If your mother-in-law is offended that her grandchildren hardly ever visit her, and she is aware that you take them to your parents’ place more often than you do to hers, you should understand that she has a legitimate reason to be angry. While you are more comfortable with your children visiting your parents, your mother-in-law deserves to see her grandchildren as often as possible.

By seeking a workable platform or setting new boundaries, you create an atmosphere of fairness in your relationship with her. Secondly, you increase your chance of getting along with your mother-in-law and winning her over.

It’s so sad that many women hold long-term grudges against their mother-in-laws when they’ve argued. Out of your love and respect for your husband, his mom should be worth your forgiveness and respect. She might be overbearing, but you can choose to let certain things go.

Forgive your mother-in-law for yelling at you in public or private, making rude remarks that affected your self-esteem, not being as loving to your children as she is with her other grandchildren, etcetera. The longer you let her actions fester in your mind and heart, the angrier you get and the less likely you want to relate to her.

You encourage tension between you and your mother-in-law when you hold on to past disagreements.

How to get along with your mother-in-law.

One of the main reasons why daughter in laws don’t get along with their mother in laws often is intergenerational differences. Both women think their method of handling things is better than the other. If you wish to get along with your mother-in-law, understand the gap in your perspectives and exercise patience and tolerance when interacting or working with her.

You cannot build a healthy relationship with someone you don’t communicate with; many daughter-in-laws fail to understand this. They ‘red flag’ their mother-in-laws and only interact with them when they have no choice. Communicating with your mother-in-law increases your chances of understanding her, strengthening your bond, and being understood.

When you have a sense of empathy towards your mother-in-law, you’ll act better towards her. A sense of empathy helps you to weigh actions before taking or continuing them. You can put yourself in her shoes to understand her fears and worries before criticizing her. Usually, mother-in-laws act in certain ways because they want to be sure that their son is in safe hands and that he will not be uprooted from her life by his wife.

Aside from calling to check up on your mother-in-law, be in the habit of spending time with her as often as you can. It helps to improve trust in your relationship. Go to spas, shopping malls, weekend holidays, retreats, movies, etcetera with her. Eat together and have fun together. Spending time with your mother-in-law could drastically reduce the friction between you two.

Don’t let your insecurities and dislike for your mother-in-law get in her way of spending time with her son and grandchildren. Putting a wedge between her, her son, and her grandchildren will only attract distasteful mother-in-law issues. Giving her access to the people she cherishes will make her trust and appreciate you more.

You can only get along with your mother-in-law when you make her a valuable part of your family. Allow her to participate in your family. She should be free to buy gifts for your family, invite you guys for events, and perform a couple of chores in your house. Appreciate her efforts and let her know that you value them.

One way to avoid disagreements with your mother-in-law is to treat her family nicely. Her family includes her children (your husband being one), her husband, and other family members. When you give her the impression that your side of the family is more important to you, she is encouraged to show that she values her side of the family too. Issues like this could strain your relationship with your husband. Mother-in-laws do not want their daughter in laws to ruin their relationship with their child. 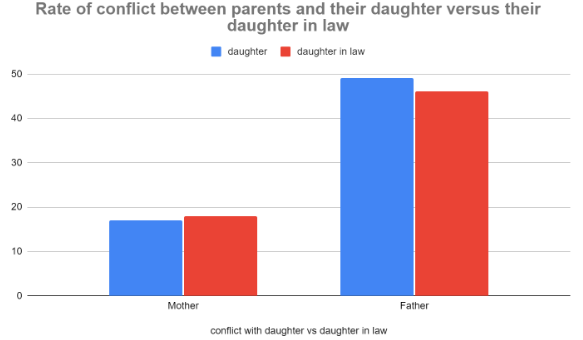 Always have it at the back of your mind that disagreements are bound to happen in any relationship, and just because you are having it with your mother-in-law doesn’t make her evil. Drop whatever perception you have about mother-in-laws and interact with yours. 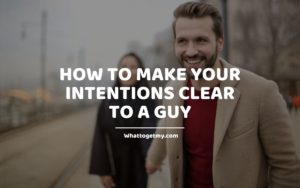 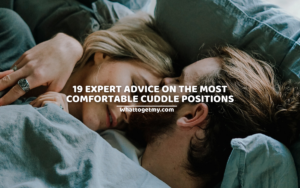 19 EXPERT ADVICE ON THE MOST COMFORTABLE CUDDLE POSITIONS

19 EXPERT ADVICE ON THE MOST COMFORTABLE CUDDLE POSITIONS WhatToGetMy Instructional Article Cuddling is a fine art. What does your physique look like in comparison to someone else’s? How does a furry companion prefer to cuddle up to you? Why are your kids’ feet rubbing 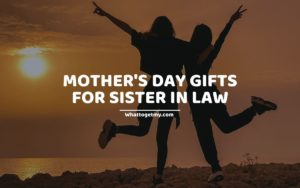 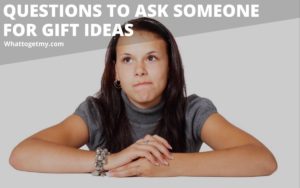 Questions to Ask Someone for Gift Ideas

Questions to Ask Someone for Gift Ideas WhatToGetMy Instructional Article Don’t spend countless hours browsing online shops or going from store to store in search of a perfect present. If you don’t know what you’re looking for, the chances you’ll find the ideal gift are 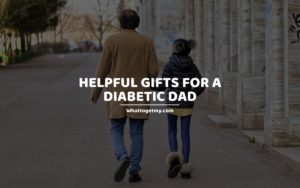 8 Helpful Gifts For a Diabetic Dad

We know that buying gifts for a diabetic dad is not very different than shopping for someone who doesn’t have a medical condition. However, there are certain gifts that someone with diabetes could appreciate. Those gifts can help them easily manage their condition. We’re not 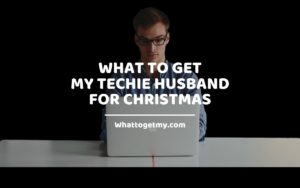 What To Get My Techie Husband For Christmas

Looking for gift ideas for someone precious like your husband can be difficult, especially if he is a techie person, and you’re not. You might be left wondering and asking yourself, “what to get my techie husband for Christmas?” What makes it hard is the 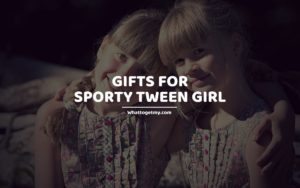 Shopping for tween girls is not easy. Well, it’s not easy to pick the perfect gift for any boy or girl of that age. You try to avoid products designed for kids but also those made for adults. Then you get into the situation of 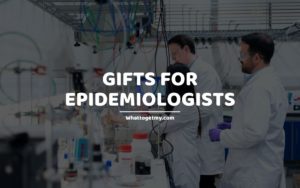 14 Cool and Thoughtful Gifts For Epidemiologists

Epidemiologists, just like doctors, are very busy people. The best gifts that work for them are thoughtful gifts that are functional and make their busy lives a little less stressful. The gifts should tell them how much you appreciate them and the work they do 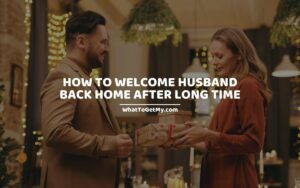 15 Ways How to Welcome Husband Back Home after Long Time.

15 Ways How to Welcome Husband Back Home After Long Time. WhatToGetMy Instructional Article A fitting welcome back celebration will make your husband even more excited he is back home after a long time away from you and the family. This article helps you with 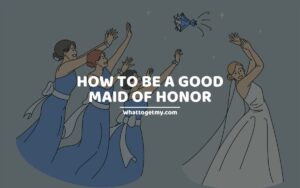