Breakup pranks essentially involve telling your partner, “Hey, it’s been fun, but I don’t think we should be together anymore.” And after delivering this absolutely devastating news, you say, “Nah, I was just joking.” Evidently, this can be very upsetting to your partner and can cause them to react negatively. So yes, you should be aware that breakup pranks can indeed go wrong.

We wish we were just saying this in theory, but many examples prove that when you do a breakup prank, you risk the very existence of your relationship. This is shown by the many relationships that have ended due to such antics, and also by some of the ones that survived never being the same again.

If you were thinking of pulling a breakup prank on your partner, you might want to reconsider after reading about some negative ways it can affect your relationship. And if you still want to proceed, we have listed some things to consider before you do so.

Check out alternatives to breakup pranks to pull on your boyfriend.

A major disadvantage of breakup pranks is that they might allow your partner to break up with you if that’s something they’ve wanted all along. Sometimes, people want to get out of relationships but don’t want to be the ones initiating the breakup.

If your partner is one such person and you play a breakup prank on them, you would literally have handed them the golden opportunity they’d been waiting for.

An example of this would be a post on a Ghanaian blog where a lady played a breakup prank on her boyfriend, and he responded by telling her that he understood. He then blocked her everywhere. 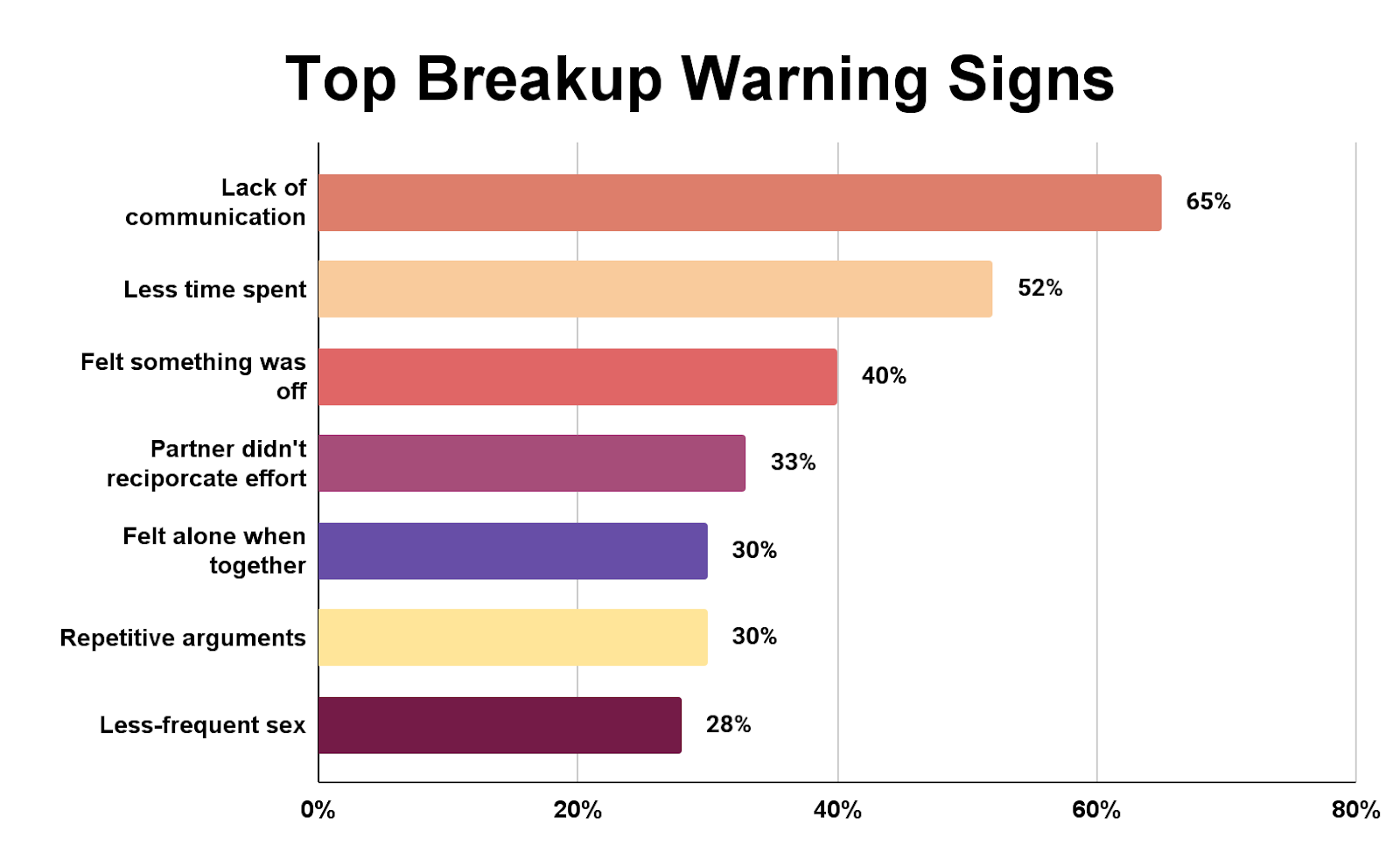 If you’re unsure whether your partner wants to break up with you, the Online Doctor did a survey showing the top signs that a breakup is coming. Look out for these in your relationship before thinking of engaging in such pranks.

Also, we say this is a disadvantage, but it is also an advantage because you shouldn’t have to be with someone who doesn’t want to be with you. But if you feel otherwise, you definitely should avoid breakup pranks.

Remember that episode in Friends where Rachel tells Ross that they were going on a break, and he sleeps with someone else that night? That could be you if you decide to play a breakup prank.

Think about it this way, you pull a breakup prank on your partner, and they feel so devastated that they break off contact with you immediately. They then reach out to friends who tell them that they need to have some fun to take their mind off things. By the time you finally get to them, they’ve already been under and on top of someone else.

We aren’t saying this will happen, but it isn’t completely far-fetched. So again, be aware that breakup pranks can go wrong.

Check out How to Trust Someone Again After Cheating.

If you have a short-tempered partner who has either been violent towards you in the past or displays violent tendencies, we highly recommend that you avoid breakup pranks. They might react poorly to the joke and assault you in anger.

This was the reality for a young girl in Texas, U.S.A., who played a breakup prank on her 17-year-old boyfriend. He pounced on her and beat her up until someone came into the room to stop them. What was scarier was that he kept beating her even while she told him it was a prank.

Our first advice if you have an abusive partner is to leave immediately and get the police involved if you must. No amount of love is worth getting beat up because there is so much more to life than relationships. If you decide to stay, though, definitely don’t pull a breakup prank.

Should you do a breakup prank on your partner? Probably not if you know them to be overly emotional.

The hurt they feel at that moment may lead them to insulting you and saying things that will hurt you so that you can feel the pain they feel. The main problem with this is that even after you make peace, you will always wonder if what they said is what they truly think about you.

Sometimes the emotional abuse doesn’t come immediately but afterward, when you tell them it was a prank. A great example of this is the silent treatment, where your partner won’t acknowledge your presence until they decide that you have learned your lesson. 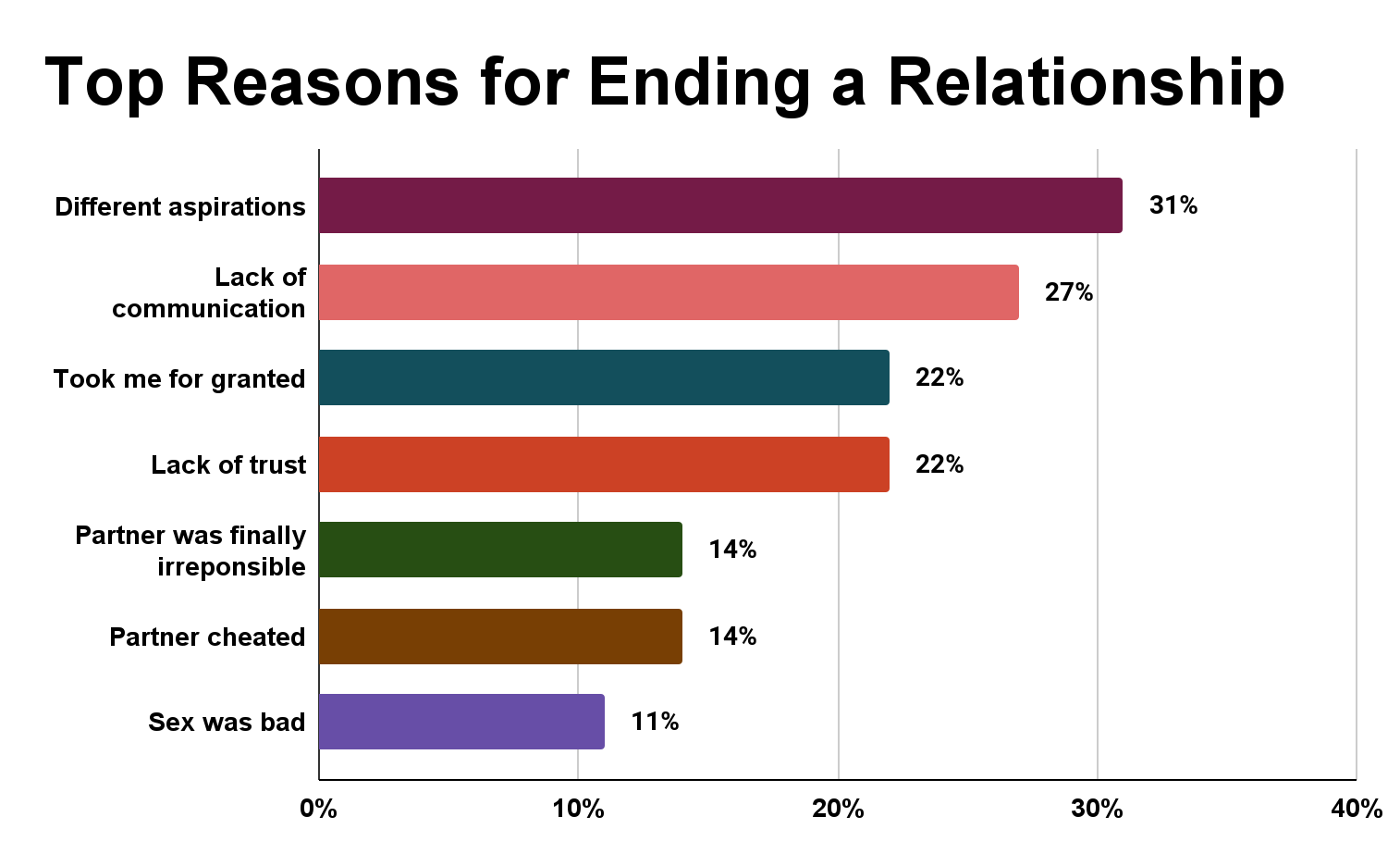 Another disadvantage of breakup pranks on your partner is that it might lead to them distrusting you even after you tell them it was just a prank. This is quite an issue because a lack of trust was cited as one of the main reasons for a breakup, according to a survey by the Online Doctor.

For instance, they might think you claimed the breakup was a prank out of guilt because of how poorly they reacted. If this thought continues to grow, your partner will become overly worried about the stability of your relationship to the extent that they might become more possessive and jealous. Or they might simply end the relationship.

The distrust could also come from you if you feel that your partner took the fake breakup too well. You might wonder if they have someone else on the side or just want to break up with you but don’t know how to. So many thoughts could run through your mind, with each of them making you trust your partner less and less.

Check out How to Fix a Broken Relationship.

A breakup prank can go wrong if you play it on a manipulative partner. They could use it as ammunition in the future to paint you as someone who has always wanted to leave, and so did the prank to show them that.

They will constantly bring the prank up in arguments to get their way by reminding you of how hurt you made them feel. They might even gaslight you by blaming the bad things they do on the fact that they don’t trust that you want to stay with them.

5 Things to consider before you do a breakup prank

The temperament of your partner plays a huge role in how they will react to a breakup prank, so you should take this into account.

An aggressive partner like the example given above might take the prank very badly and physically abuse you. Overly emotional partners might also react poorly and cry the whole time, even after you tell them it was a prank. They might also develop trust issues over the incident.

The best type of partner to play this prank on will be one who is confident and funny as they will understand that it was simply meant to be a joke. Other types of partners can work as well but be especially careful around aggressive and overly emotional partners.

Some characteristics of a strong relationship include:

If your relationship has these factors, it can most likely get over a breakup prank quickly to the point where you both laugh about it together.

Check out Things to Do to Make Your Relationship Stronger.

The duration of the relationship is hugely important in deciding whether you can play a breakup prank because some level of relationship maturity is needed. Just to be safe, we don’t recommend that you play this prank if your relationship is less than a year old.

When we were researching for this article, we came across a lady who had a breakup prank played on her in a 2-week old relationship. After careful consideration, she decided that if the guy could play such a prank early, she didn’t want to stick around to know what else he would do.

If you asked that woman the question, “can pulling a prank be a reason for a breakup?” You would get an emphatic “yes.”

Relationships go through various moods and stages. Sometimes things will be rosy, and you will feel like the happiest person alive. Then other times will be so rocky that you’ll feel like a boxer running up the stairs of the Philadelphia Museum of Art.

During those times when things are rocky, and there are tensions in the relationship, it is probably best that you don’t play a breakup prank because your partner might just take you up on your offer.

If your partner has a history of certain mental disorders, you probably shouldn’t play a breakup prank because they wouldn’t take it so well.

Anxiety disorders, depressive disorders, and low self-esteem are a few disorders that can make your partner feel even more inadequate than they already do if you play a breakup prank on them.

Check out How to Be in a Relationship With Someone Who Has Anxiety.

What are the disadvantages of breakup pranks?

What are bad reasons to break up?

Check out excuses to break up with someone.

What are some disadvantages in a relationship?

Breakup pranks can be fun to play but not in all relationships. If you want to prank your partner, your relationship should be a strong relationship where you are both madly in love and are comfortable enough to know when a joke is a joke.

Pro tip – it’s best to play a breakup prank in person because you stand a better chance of explaining that it was a prank.