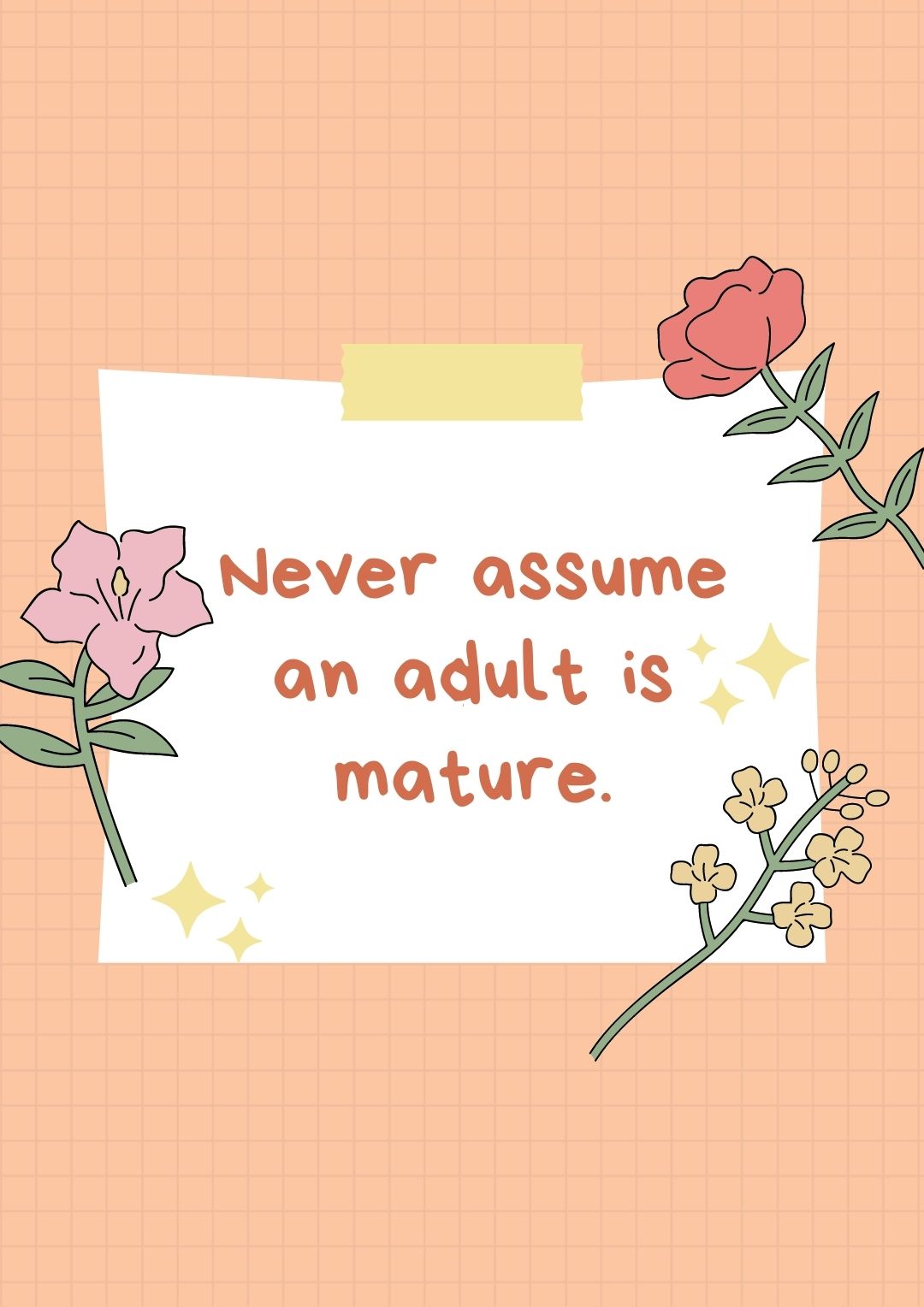 This article has been divided into two main subtopics

If you scroll further down in this article, you will get answers to questions such as; at what age do women reach emotional maturity? And how to be a mature woman.

The term maturity is used to describe something that is fully developed or has shown certain signs of development. Studies on maturity often refer to three common types of maturity; physical/physiological, emotional, and mental maturity. The maturity difference between boys and girls is more obvious at a physical/physiological level. Reproductive maturity in girls is more rapid than in boys. Budding breasts, pubic hairs, armpit hairs, thicker and curvier thighs, and waist, increase in height, and facial skin issues are all signs of maturity in girls at a physical level. This usually occurs between the ages of 9-14 and experts also say that girls experience more brain development than boys at this maturing stage.

Mental and emotional maturity differs from person to person. These forms of maturity are shaped by experiences, values, environment, and even biological background. A lot of boys and girls may display a lot of immaturities because they are on the journey of self-discovery and have little life experience. It is common to see physically mature girls who are not mentally mature or emotionally developed. It’s not uncommon to see young mature girls display signs of self-doubt, low self-esteem, poor attitudes, indiscipline etcetera.

The simple reason why working women seem to have better scores on emotional maturity is that they are constantly in settings that demand a great deal of respect and emotional maturity to function effectively. Formal organizations have deterrents that ensure that workers do not disrespect or cross certain emotional boundaries while working with others. This study was conducted in India.

The difference in the overall maturity score of working women and non-working women. Source: ijip.in

CHARACTERISTICS OF A MATURE PERSON/WOMAN;

1. In charge of her emotions

A mature woman will show a great deal of emotional strength fondly known as emotional maturity. Emotional maturity simply means being in charge of one’s emotions. A mature woman can recognize, interpret, control, and express her emotions appropriately. When an emotionally mature woman recognizes that she has allowed her emotions to get the best of her, she quickly adjusts and tries to correct her errors instead of justifying herself. She dislikes being impulsive in tense situations. A mature woman knows that for her to reach an emotionally healthy state, she must continuously work towards attaining it, that is why she evaluates her actions often.

2. She can take on various perspectives

A mature woman knows to question stereotypes or ‘group think’ and avoid falling into them. A mature woman acknowledges her limited understanding in order not to lead herself or other people astray. She understands the dynamic nature of knowledge and knows that what is right in one scenario might not be in another. Since she is not rigid in her way of thinking, she finds it easier to understand people and relate with them appropriately. She tries to be rational in her relationships and associations. A mature woman is more likely to avoid costly mistakes because she evaluates different perspectives.

Jack Ma says “It is easier to win if you have people seeing things from different perspectives”.

3. Knows when they are wrong, acknowledges it, and adjust accordingly

Being able to analyze her actions, acknowledge wrongdoings, and adjust her behavior or mindset are qualities a lot of people love about mature women. Mature women do not allow their egos to get the best of them. They apologize when they are wrong and aim to be rational in their actions and judgments. They do the hard thing that needs to be done because they value being fair to people and in their dealings. This attribute enables them to have lasting and quality relationships.

A mature woman may not be excited about certain changes in her personal life, workplace, or social settings but she understands the importance of being adaptable. For example, a mature woman might find the introduction of technology in an organizational process as annoying, complicated, or uncomfortable at first, but she will not overlook the benefits of it and humble herself to learn how to use such technology. Her ability to adapt usually spurs her to excellence. She teaches herself to complain less and learn more. This quality usually earns her admiration from people around her.

Having a realistic expectation of oneself and ability is one characteristic of a mature person. A mature woman does not inflate her ability nor does she have a bloated sense of importance. She understands her strengths and weaknesses and uses them to her advantage. Although she is realistic in her expectations, she continues to strive to be an achiever. She, therefore, invests the necessary efforts and time that will help her excel.

A mature woman is not ruled by self-gratification because she values the bigger picture. She knows how to delay gratifying herself to achieve her goals. She weighs the benefits and consequences of her actions before doing them. She knows the importance of being goal-oriented and therefore has a solid work ethic. She avoids procrastinating as much as she can and embraces discipline. She appreciates punctuality and meeting deadlines. A mature woman values being organized and knows how to prioritize activities in her life or day.

People around mature women feel safe because they can predict how emotionally mature women would respond in different scenarios. Mature women aim to be consistent (for the most part) in how they express themselves and the energy they give off. They are very attentive to their mental and emotional health and constantly seek to be better. Mature women can be relied on to handle certain sensitive issues because they communicate well verbally and behaviorally. They give thought to situations before responding to them.

Another sign of maturity in a woman is self-acceptance. A lady matures when she tries to understand herself. By doing so, she can embrace her strengths and flaws fully, and use them to amplify her uniqueness. She is also able to identify what is good for their physical, emotional, and mental health. She is able to stand alone and is not bothered by petty behaviors. She no longer seeks approval from people because she is content with herself. Her self-acceptance helps her to create healthy boundaries.

Apart from her mental health and emotional development, a mature woman takes responsibility for her life. She does not leave her life to chance or luck. She is determined to give a good account of her life. She makes decisions and is ready to face the consequences of her decisions or actions.

1. At what age do women reach emotional maturity?

2. How to be a mature woman

Maturity comes in various forms and the obvious form is physical maturity. Girls start maturing from the age of 9-14 and experience a lot of physical changes in their bodies. While a girl matures physically, they do not automatically mature mentally or emotionally as well. Signs of maturity in a woman include being in charge of her emotions, adaptability, ability to delay gratification, self-acceptance, and responsibility. 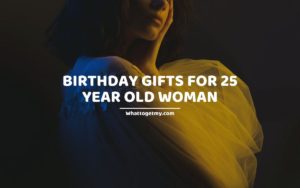 In this article, we’ve listed a number of gadgets, fashion accessories, beauty products, books, and homewares and decor you could get a 25-year-old woman as gifts to show love and support to her. We have equally provided tips on how to select good birthday gifts 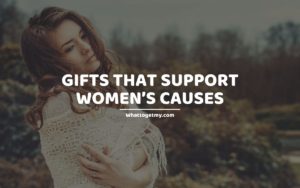 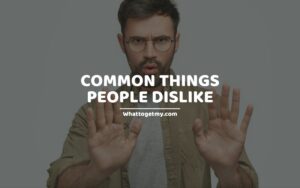 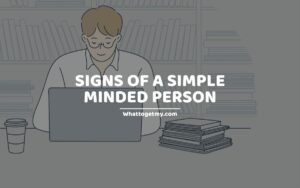 17 Signs of a Simple Minded Person

17 Signs of a Simple Minded Person WhatToGetMy Instructional Article Simple minded people are generally frowned upon by society for their apparent lack of intelligence and cavalier attitude towards life. These same people, however, seem to be able to navigate life pretty well and generally 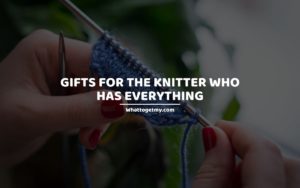 17 Great Knitting Themed Gifts For The Knitter Who Has Everything

Knitting gadgets, tools, and accessories are knitting themed gifts that would always be happily received by a knitter, including the knitter that has everything. The selection of Gifts for the Knitter Who Has Everything are gifts that can be given for any occasion, and also 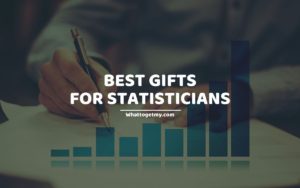 Find the best gifts for statisticians in our unique gift selection, for the awesome statistician in your life. Whether the statistician is a maths statistician or a statistics teacher, you are sure to find something appealing in the gifts we have specially selected for you. 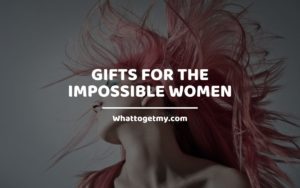 GIFTS FOR THE IMPOSSIBLE WOMEN

GIFTS FOR THE IMPOSSIBLE WOMEN WhatToGetMy Instructional Article Finding gifts for the impossible women can be difficult because of two reasons, One is because with some women, when they need something or want something, they go out and buy it themselves as they are impatient 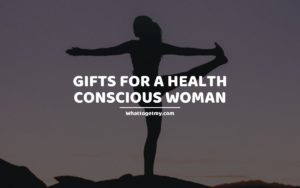 There are a couple of things you need to know about health enthusiasts that will help you pick out the right gift. The goal of every health-conscious woman is to be healthy, feel healthy and look healthy.  She pays a lot of attention to what 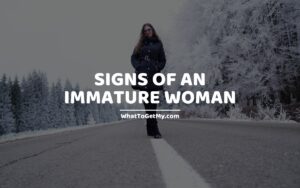 15 Signs of an Immature Woman

15 Signs of an Immature Woman WhatToGetMy Instructional Article Have you ever been cool with a lady and she suddenly started acting withdrawn, weird and moody? The situation made you confused and while you tried to reach out and find out what the problem was, 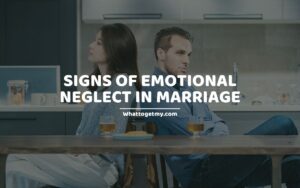 17 Main Signs of Emotional Neglect in Marriage and How to Deal with the Problem WhatToGetMy Instructional Article How do you deal with an emotionally unavailable spouse? What should you do when you feel totally abandoned and neglected? Is losing interest in the couple a