In the first couple of years of marriage, most couples enjoy celebrating their wedding anniversary alone. They are still in the “honeymoon phase” and enjoy spending their special day with each other while being romantic and intimate.

As the years go by they find themselves wanting to celebrate their wedding anniversary in the company of close friends and family. By being surrounded by other people, especially people you are close seems to always make the celebration a lot more memorable.

There is nothing wrong with celebrating your wedding anniversary with other people but you should also set aside some private alone time for you and your spouse. This alone time, even if it is at the end of an eventful day, gives you both the opportunity to connect with each other through a little romance or some intimacy. This is very important for any marriage as it helps strengthen the bond you two have with each other so that you can continue to grow as a couple together.

But when it comes to finding wedding anniversary celebration ideas with friends can be extremely stressful. Because you not only want you and your spouse to have an incredible day but your friends too.

Before you decide on what to do to celebrate your wedding anniversary with friends, there are a couple of things that you need to consider and they are:

If you do not have a huge budget for something extraordinary then it is best to look at wedding anniversary ideas on a budget. These will be the type of things that you can do that are either free or costs very little. An example would be to have an anniversary picnic in the park.

The obvious is that the more friends you invite the more your wedding anniversary celebration will cost. The more it costs the fewer options you will have.

With the above in mind, we have categorized your choices into 4 different types of events that you could use to plan and celebrate your wedding anniversary.

Before you make your decisions it is best to discuss your anniversary celebration ideas and plans with your spouse. After all, the day belongs to you both and then start your planning at least a couple of weeks in advance.

Here are the 4 that you can choose from

Renewing your vows is a favorite way of celebrating a significant anniversary among many married couples. After many years of marriage, it is a way to reconnect with your partner in a meaningful and special way and while in the presence of your closest friends and family.

When it comes to planning and arranging a renewal of vows, it is far more relaxed than a wedding. It can be as simple as a private celebration at home where the two of you recite your vows to each other or it can be done at a fancy venue of your choice.

Wedding Anniversary parties are very special events. They are a wonderful way to celebrate how far you have come as a married couple. It gives friends and family the opportunity to all come together to celebrate you and your partner’s commitment and love to each other. It is also an opportunity for the two of you to remember your wedding day and the promises that you made to each other.

You can decide on a theme which could be based around your anniversary symbol which could also be either the traditional or modern symbol. This is the most popular choice for a wedding anniversary party theme.

Then there are different colors and flowers that relate to those symbols that could be used in the decoration. You could even decide to go with the actual number itself of the number of years that you have been married. For instance, the symbol and color for a 25th wedding anniversary party is silver, so most of your décor and theme would include silver.

Here are the main traditional, modern and color wedding anniversary symbols according to the number of years that you have been married:

For those of you that don’t want to celebrate your wedding anniversary by using the traditional or modern symbols, you can use the number itself or year you got married as your theme. For example, create a photo collage in the shape of the number or use number balloons as decorations.

Another idea is to go with a theme that has a special meaning to both you and your partner by recreating it. For example, if you both love a certain music band or the first activity you did together as a married couple.

Then you also need to choose the entertainment for the anniversary party. This would be from the type of music to games and activities that you would like to include during the event.

Another good idea for celebrating an anniversary with a party is to make sure you have a guestbook. This will give your guests the opportunity to write in good wishes or fond past memories and be something that you can come back to in the future. 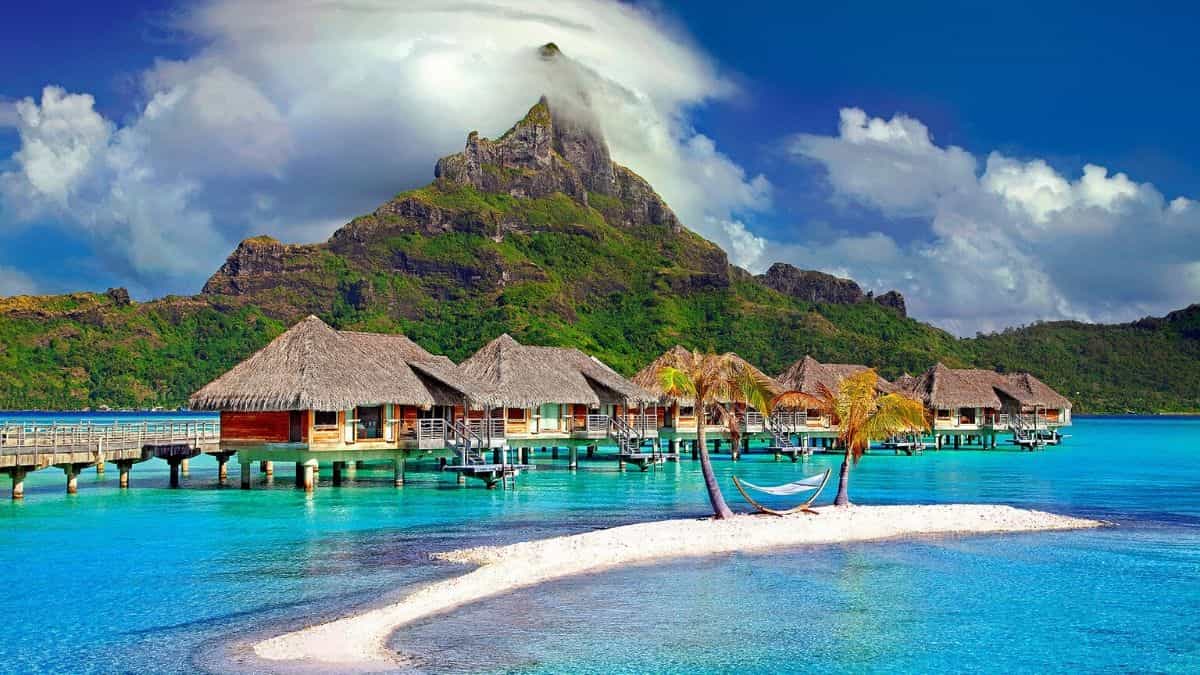 If you have the budget for it and a small group of friends then a weekend away to celebrate your wedding anniversary is a great idea.

To ensure that it is a success, pick a location that is easy to get to as you do not want to spend too much time traveling. The location could be an off-the-beaten-path, a resort, a lake house or even a campsite.

Decide what type of weekend you want to have. Whether it’s a weekend that is laid back with no commitments or itinerary to stick to or one that is filled with fun group activities. This could be games, a group hike or a dinner out at a nearby restaurant.

Decide whether you will prepare meals as a group or will it be a self-service type of weekend. Either which way make sure that there will be enough delicious food, snacks and drinks for everyone to enjoy.

A day filled with fun activities 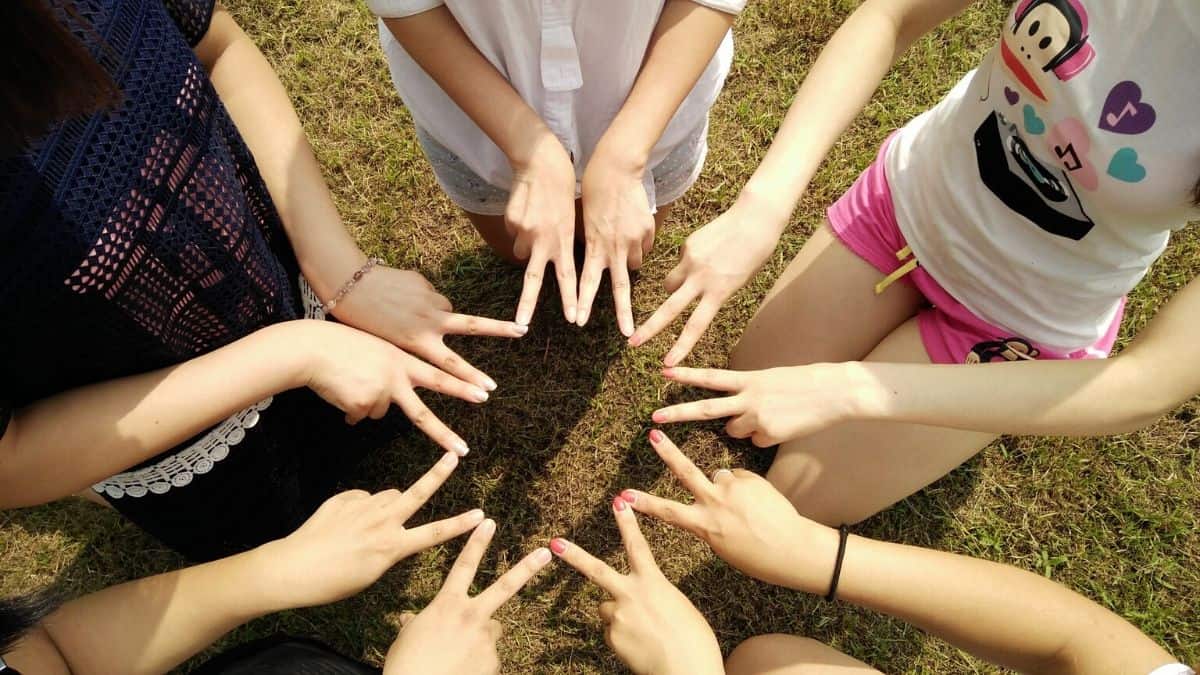 This is for couples who love having fun with friends by playing games and doing many different fun activities. You can celebrate your wedding anniversary with a day filled with fun activities that you can all enjoy.

Take a look at the different types of activities that you, your partner and your group of friends enjoy doing. Choose enough activities to keep you busy the entire day and if you do not have enough take a look at what is available to you nearby. If that does not help to fill your day then take a look at some fun things to do in a small town with friends.

Below we have included some of the most popular types of activities that you can do with a group of friends. They are: 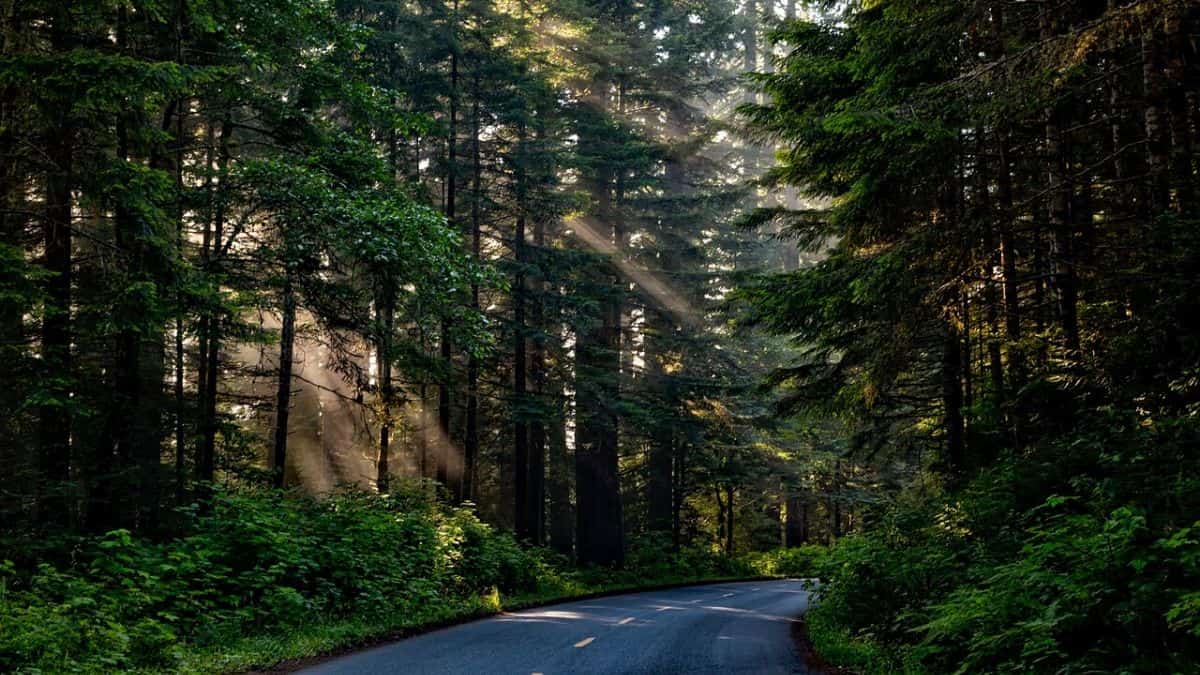 Plan and organize a scavenger hunt that is all about your relationship as a married couple. You can use maps and locations to where you met, your first date, where you got engaged and where you got married.

Take part in an Adrenaline pumping Activity Together 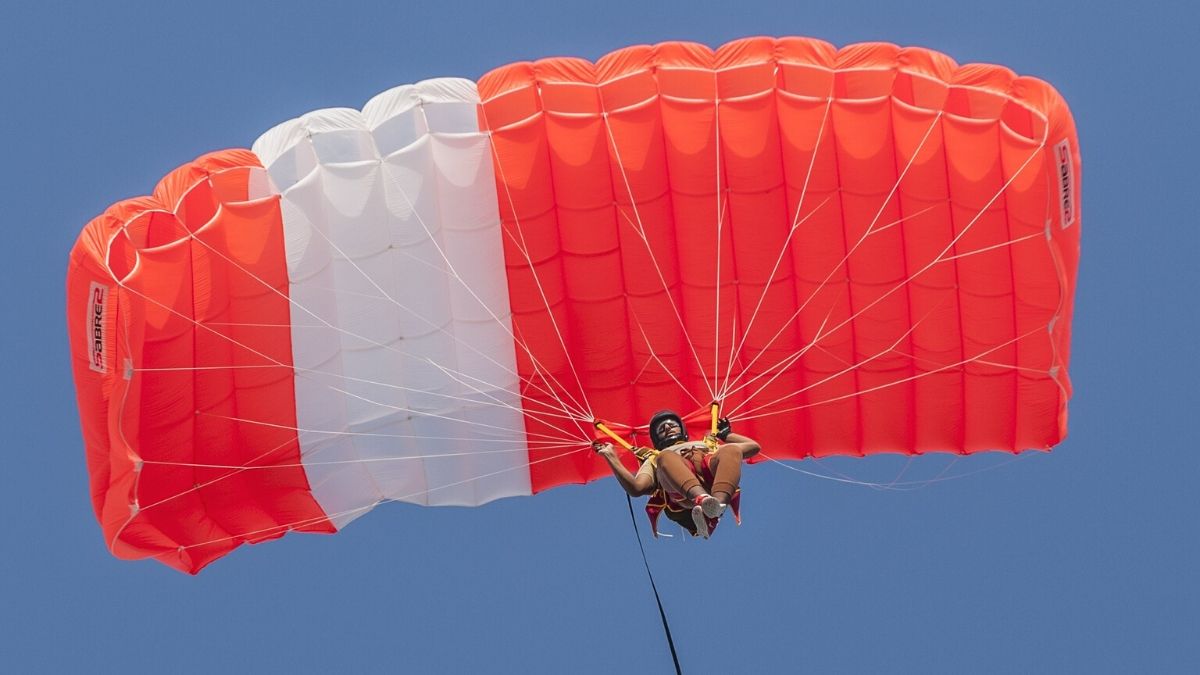 These types of activities are for a married couple and their friends if they are an active and energetic type. Nothing will be more memorable than spending a day doing something that will get your adrenaline pumping. You can choose an activity that you have done before or try something completely new. It can also be as laid back or as daring as you wish it to be. 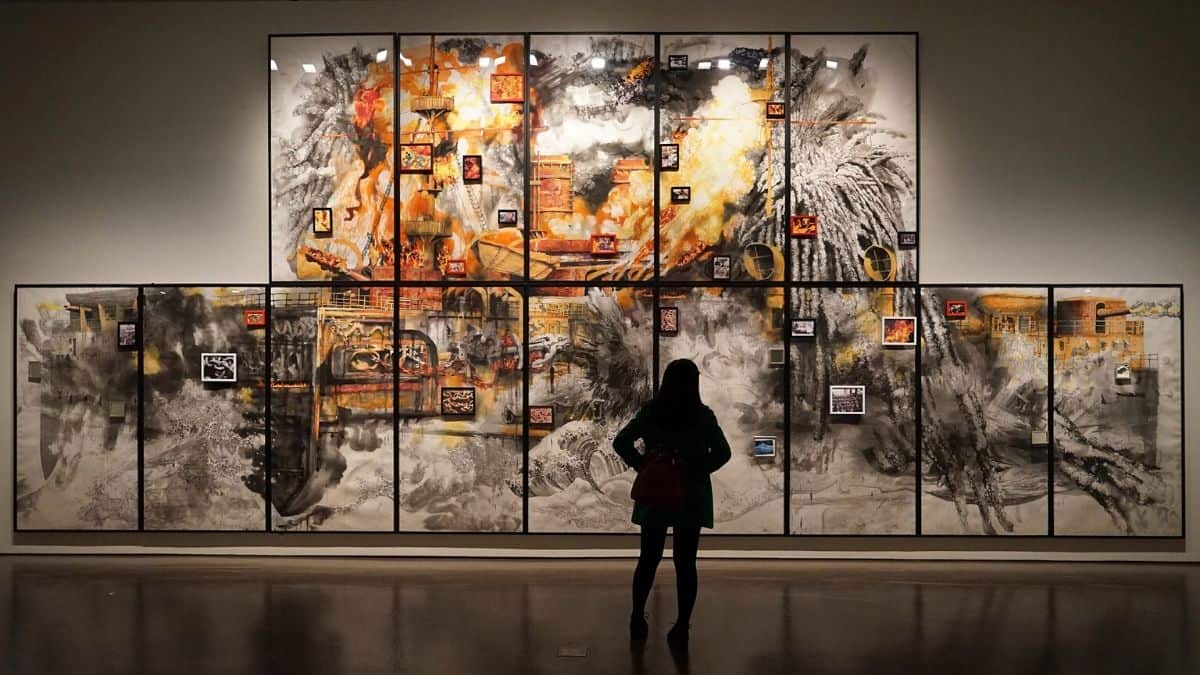 Exploring your surroundings is a wonderful way to celebrate a wedding anniversary with friends. This is especially true for a couple that has been married for a long time, lets’ say for 40 years or more but not limited to them only. You might enjoy any of the following:

This is an amazing way for a wedding anniversary celebration. You can create a time capsule for any wedding anniversary that you wish to which could be your first or your 20th. All you need is a shoebox or a rust-proof tin that you can seal properly, place well wishes and memories inside. Then decide when you would like to open it in some time in the future for example on your 50th wedding anniversary.

Remember to leave some time and energy for you and your partner for when you are done celebrating your fun-filled day with your friends. To end your wedding anniversary celebration off perfectly would be to have a couple of romantic anniversary night ideas ready to use for some alone time together.

Finding and deciding on the best wedding anniversary celebration ideas with friends does not have to be stressful. Check your budget, decide how many friends you will invite and choose how you will celebrate it by discussing it all with your partner. 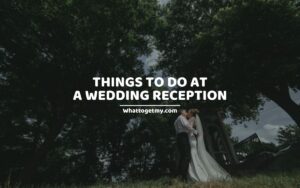 7 Unique Things To Do at a Wedding Reception That Will Leave Your Guests In Awe WhatToGetMy Instructional Article Your first (and hopefully last) wedding is an occasion marked with a lot of excitement and anxiety. It is also a chance to leave a lasting 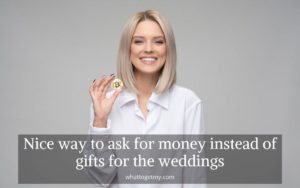 What’s a Nice way to ask for money instead of gifts for the weddings WhatToGetMy Instructional Article Have you already pick the big date? Congrats! That’s the first step in planning a beautiful wedding, and probably the easiest one. If you are not sure what 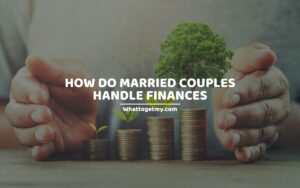 How Do Married Couples Handle Finances: 3 Important Steps WhatToGetMy Instructional Article Unspoken expectations on money management in marriage can affect the quality of your relationship with your spouse. This is why discussions on how to handle finances in marriage should not start in marriage. 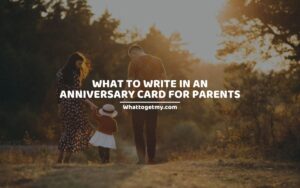 7 Ways: What to Write in an Anniversary Card for Parents

7 Ways: What to Write in an Anniversary Card for Parents WhatToGetMy Instructional Article Sending anniversary messages to parents, most times can be hard to compose or looking for the right funny anniversary quotes for parents. But what do you write in an anniversary card 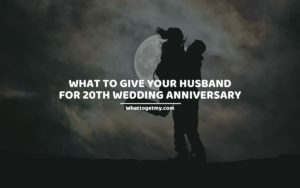 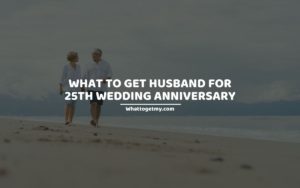 What to Get Husband for 25th Wedding Anniversary: 17 Unique Silver Anniversary Gifts

25 years together is huge and we are excited for you and your husband. It takes two committed and genuine people to get to this feat. We wish both of you more blissful years together. If you are looking for the best 25th wedding anniversary