15 Online Games to Play with Coworkers

It is relatively easy to play games virtually these days with most games being available on most, if not all, platforms. According to a study conducted in 2019, 60% of people preferred gaming on their Personal Computers as opposed to anything else. This means that a lot of video game developers develop games that are also suitable for PC and this means that all the games on this list will be available on PC.

The Most Important Gaming Platforms in 2019. Source: Statista.com

One of the best online games for coworkers is Call of Duty. The game is set in World War 2 and you have to fight with your team and protect each other from the enemy and finish various missions together. This is a great game for collaboration and teamwork because it teaches the players to work together for the common good and to reach their goals.

Murder in Ancient Egypt is a great game to enhance teamwork because it encourages the team to work together in order to solve a murder mystery using puzzles, escape rooms, and various problem-solving games to reveal who the culprit of the crime is.

3. War of the Wizards

Another game that is good for team building for online group games for work is War of the Wizards. This is a collaborative storytelling game that focuses on magic and wisdom. When playing this game, the team becomes minions to Wizards who have been at war for a long time, and as the wizards’ minions, the team must collect magic items, overcome some obstacles set in their way, and even cast spells in order to create a strategy with the ultimate goal being able to collect two ‘Last Wizard Standing’ tokens. The game can last up to 90 minutes with one of the team members being a facilitator and leading the team to the ultimate goal.

Another one of the best online team-building games is Fortnite. Fortnite is a battle royale game that offers challenges for teams to play and win together. This is great for team building because the team will have to work together while following instructions on how to stay alive and win the game.

Grand Theft Auto V Online is a game that allows up to 8 people in a team to take on massive boss battles or get the chance to explore the dungeons. It allows for group play with the best and/or new players leveling up to new content when a mission is completed. There is a lot of reading and instructions that come with the game which makes it fun and also easy to follow along and play.

To play virtual Charades, you will divide your team into smaller teams of two. You can use Google images or a random image generator to find pictures that one of the team members can act out to the other who should try to guess what the image could be in order to gain points. The best thing about virtual Charades is that it is a familiar game with everyone and it has been a staple game across all boards for many generations.

A good game that works best for online teamwork games is Online Trivia. Just like regular Trivia, you will divide your work team up into two or three small teams, you will have a games master who will facilitate the game and ask the questions. Since it is being played online, the teams can have their own private chat rooms where they can discuss the answers to the questions asked freely without interfering with each other.

To make this even more interesting, you can add alcohol to the mix and the losing team has to take an agreed-upon amount of shots. This would be a very fun game for the end of the workweek – just so people can unwind, have fun, and connect with each other as humans and not coworkers.

Words with Friends is a great online game to play with coworkers. It is fun, simple, and can take up to 10 people at a time to play – divided into two teams of five people. The game is similar to Scrabble where you are given letters and you have to make words out of the letters given to you. The team with the best word score wins the game.

Online Bingo is one of the office games that you can play for free. This can be a good starter game to your office game nights. It is fun and familiar with people of all ages which means it is inclusive of people across all age ranges. To play online Bingo, you will have to make a sheet or board listing a couple of things that normally happen around your work environment; for example “answered a phone call, did chair yoga, did eye strain exercise…” and other such statements. After you have made the Bingo board, you will distribute it to your team and establish what the rules of the game are going to be, you will then set up a timeline on how long it will take to play the game, and finally after the game is done being played, the facilitator or games master will award points to those who did well and if possible award prizes.

Virtual werewolf is a good worker game to play online because it relies on you and your team to be able to save a village from werewolves. However, you – or one of your teammates – could be a werewolf and it would be the responsibility of the team to find out which one is the werewolf and try to stop them before they wreak more havoc on the village. This game is similar to Among Us – which can be replaced or added to your list of games to play online with coworkers.

Typing Speed Race is one of those online remote games that promote a little bit of friendly competition amongst coworkers. To play this game fairly, use a typing tool like typingtest.com so you can keep track of how fast each team member can type per minute. To make it even more fun, you can have special prizes that will be awarded to the top 3 fastest typers.

Quick Draw is the virtual game equivalent to Pictionary where you draw a picture and the people on your team try to guess what you are trying to communicate by what you have drawn. The good thing about quickdraw is that it can be played on several online office services such as Zoom, Webex, Skype, and Slack.

VIRTUAL GAMES TO PLAY WITH COWORKERS

Truth or Dare is one of the interesting virtual games for coworkers who are trying to be a little more comfortable with each other. Depending on what type of people are playing, you can either involve alcohol or not. To play the game, a facilitator or games master will go around the room or conference asking each and every player ‘truth or dare?’ the person then gets to choose one of the options and the games master has to provide the person with either a question that requires the other person to answer truthfully or dare them to do something – which they must do. If alcohol is involved, the person might choose to not do the dare or say the truth and in this case, they will be required to take shots of whatever alcoholic beverage they are drinking.

Ten Strikes is a mixture of ‘Put a Finger Down’ and ‘Never Have I Ever’ wrapped into one game. To play, every player holds up all ten of their fingers and each player goes around saying something that they have either done or have never done. If someone has done that thing before, they put a finger down. With every statement being made, all of the other players put their fingers down if it applies to them until they run out of fingers and they are essentially out of the game.

Assuming that you have nothing else to do at work and you would like to kill some time playing video games, here is a list of some of the best online games to play at work;

There are a lot of other games that you can play during your break at work or when you are having a slow day. We hope that the ones provided will help you kill off some time.

Of all the fun games to play virtually, most of which have been covered in this article, we shall add on a few more. These games are sure to bring out the fun whether you are playing alone or with your office buddies; Cards Against Humanity, 20 Questions, Most Likely To, and Heads Up.

In conclusion, this article has provided you 15 games to play with virtual teams when you want to bond with coworkers while working from home. There are also some additional games that can be played solo and others that only require 2 or 3 other players. These games are aimed at improving teamwork and collaboration and bringing the entire team together so they can work seamlessly with each other 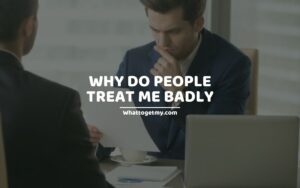 Why Do People Treat Me Badly – 17 Reasons Why People Treat You Badly and What to Do About It WhatToGetMy Instructional Article We’ve probably all at some point been treated badly by someone. The problem arises when a person persistently does it or multiple 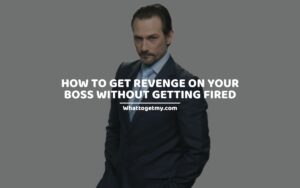 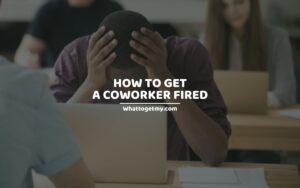 How to Get a Coworker Fired: 5 Ways to Get Rid of a Bad Coworker

HOW TO GET A COWORKER FIRED: 5 WAYS TO GET RID OF A BAD COWORKER WhatToGetMy Instructional Article There are many ways in which to get a bad coworker fired, some of them legal, ethical, and moral, and others illegal, unethical, and immoral. This article 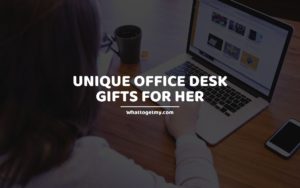 Unique Office Desk Gifts For Her

She spends so much time at her office desk, so you are thinking why not get great office desk gifts for her, the type of gifts that will make the time that she spends at her desk more comfortable, interesting, and much easier. Many people 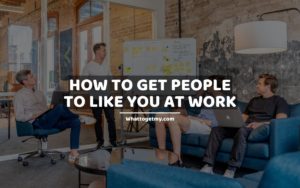 How to Get People to Like You at Work

How to Get People to Like You at Work WhatToGetMy Instructional Article This article is for you (or someone you may know) if you have any of the following workplace challenges: You don’t have the respect of your co-workers, and you want to get respect 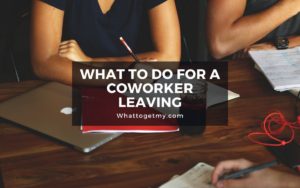 3 Amazing Ideas on What to Do For a Coworker Leaving

3 Amazing Ideas on What to Do For a Coworker Leaving WhatToGetMy Instructional Article Your officemate is leaving the company, and you need to think of a creative way to wish him or her all the best. That’s not an easy task at all! How 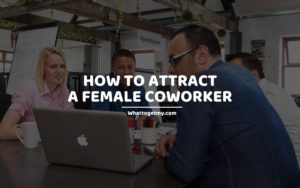 How to Attract a Female Coworker

How to Attract a Female Coworker WhatToGetMy Instructional Article Be sure your company policy allows you to have a romantic relationship with the female coworker you have an interest in. Also, be sure that she is not higher or lower than you in your company’s 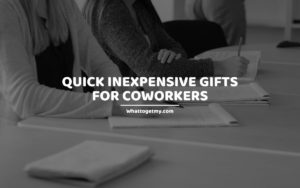 Picking out gifts for your coworkers can be a challenging and daunting task. So why do it? You spend the majority of your time at work and with your coworkers. Some you get along with and have become really good friends with while others you

Valentine’s Day is all about love and gift exchange between life partners. However, you won’t spend all of your time with your soulmate. Most people are likely to spend at least a third of their lives with colleagues. Whether you like people you work with 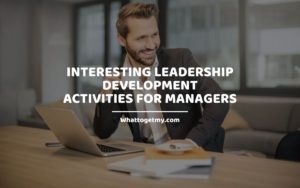