What Does Holding Hands Mean to a Guy: 3 Important Information on Hand-holding

Holding hands in most cases conveys a message that both parties have an established relationship. A person is less likely going to hold hands with strangers except in situations where they are lending help or being helped. Holding hands is not just a random act between friends or partners but also a show of affection.

Here are some of the questions we will be answering

If you’ve ever felt calm, safe, happy or more drawn to a person or your partner when holding hands with them in public and private places, then you are halfway answering this question.

Touch is said to be the most basic way of communicating affections which has immense positive effects on relationships, one being that it enhances intimacy and affiliation Conradi et al. This is done by stimulating the production of Oxytocin also called “love hormone” which increases the feeling of trust, generosity and compassion, and decreases the feeling of fear and anxiety in people.

Common forms of touch in romantic relationships includes; hugging, cuddling, holding-hands, kissing of face or lips, holding of waist and caressing. Out of all these forms of touch, the one that is commonly displayed by partners in public places is holding of hands.

The various types of hand holding will be explained under the heading “how to tell when holding hands means more”.

There are so many differing opinions about guys holding hands with their partners and worse still, available literature does not address this conflict explicitly. In this article Power of touch, it was noted that guys (men) are more likely to use ‘touch’ as a non-verbal means of communicating. For example, Willis and Briggs (1992) as cited in the above article, suggested that men tend to initiate physical affection more than women during the dating stage of a relationship and in marriages, women tend to initiate physical affection more. These physical affections may include holding hands as well as other forms of touching.

A few other opinions of social media users suggest that guys do not like to hold-hands. They however hold hands when they want members of the public to be aware of their relationship, to mark territory or clear their insecurities. These opinions do not suggest that guys feel any form of intimacy holding their partner which might be false.  These opinions go against research studies that found synchronization in breathing, heart rate and brainwaves of couples when they hold or touch each other when one partner is ill or feels pains.

There are many social dynamics that come to play when trying to answer this question, however, it would be false to assume that guys do not like to hold hands or feel intimate when holding hands with their partner.

HOW TO TELL WHEN HOLDING HANDS MEANS MORE

The shifting position of a woman’s hand might be interpreted as her being submissive to her partner while remaining a dominant figure or parents to children. Source: Researchgate.net

It is important to note that although more men tend to have their hands on top of their partners hand, this fact does not reveal who initiated the hand holding.

Here are the common ways people hold hands and the meaning associated with them.

Interlocked fingers are considered as one of the most intimate ways of holding hands. When partners interlock their fingers, it generally sends a message that they are emotionally connected and committed to each other romantically. Their relationship is in a happy state as both partners crave each other intimately.

It is unlikely that a guy or lady who is not romantically attracted or committed to a person will hold them like this in public places. They would not want people to have the wrong perception about them.

Inter-locked palms are another intimate way of holding a partner. It shows that both partners genuinely care for each other and would love to be in sync. In most cases when partners hold hands like this, the man’s hand is usually the one on top which can be seen as a good thing. It means that he values her a lot and is committed to being with her. When the relationship is young and flourishing, men tend to initiate the holding of hands.

There are few instances when friends would hold each other like this. But if this is a common occurrence, then the person who usually initiates it is into the person they frequently hold hands with.

When partners hold their hands loosely, this could be interpreted in three ways. The interpretations are also dependent on the facial expressions of both partners.

Usually, when a person grabs the wrist of their partner, they try to grab both wrists in a standing or static position. This is done to convince their partner or reach an agreement. This obviously sends a message that both partners are not in agreement. One partner has definitely lost a lot of interest in the relationship or topic of discussion. The wrist grip is usually firm but not tight. The partner who is being held can break free from the grip when they want.

A single wrist grab shows possessiveness and possibly an abusive partner. A person that grabs their partner by the wrist may have little regard or respect for them, their privacy, and their ability to make independent decisions that are in their self-interest. They are often imposing and condescending towards their partners.

This type of hand-holding is usually seen at glamorous events or dinner dates. The female partner grabs the male partner by his elbow joint while walking. A man that walks with his partner in this manner is usually confident of her and is not afraid to show her off as his partner. Also, it might be seen as an act of submissiveness on the part of the woman. She allows her man to take the lead. This is a respectful and loving way of holding a person’s partner.

6. GENTLE HOLD OF BACK HANDS

This type of hand-holding is mostly done by men in romantic relationships. When they hold a lady this way, they most times lift it up to the length of their stomach, chest, or face depending on their posture. Men hold ladies this way when they want to kiss their hands,  propose to them, pray with them, have a deep conversation, or simply admire their partner to flirt with them. Men also hold their partner this way to reassure them of their commitments & promises. It is unlikely that a man who isn’t emotionally committed or connected to a woman will hold her in such a manner.

Holding hands is a non-verbal way of communicating affections. A lot can be interpreted from how people hold each other. It could range from deep bond or intimacy for each other to conflict or just a mere friendly gesture. It is however unlikely that opposite sex friends of mature ages will frequently hold hands in public view.

It is highly unlikely that a guy who dislikes or hates you will hold your hands at will. If he holds your hands frequently, especially in public view, then yes, he probably likes you a lot. However it is equally important not to assume he likes you if he has not made his intentions towards you clear. Ask him whether he likes you. Find ideas on how to ask a guy how he feels about you, how to ask a guys what he wants from you & how to talk to your boyfriend about the future

When a guy who is in relationship with you holds your hand, it is a way of communicating his affections for you. It might be a way of trying to bond or arouse an intimate connection between the both of you. It might also be his way of letting people know how he feels about you, in a way, trying ‘mark territory’.

How a person holds you may tell a lot about their affections towards you. There are many ways people hold hands and we’ve listed 6 alongside their perceived interpretations. If you are confused about the signals you are getting from a person due to the way they are holding your hands, we hope that this article has been helpful. You might also find this article interesting: when should you give up on a relationship 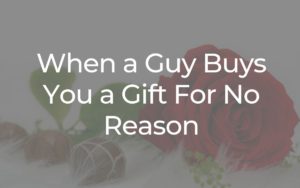 When a guy buys you a gift for no reason

When a Guy Buys You a Gift For No Reason WhatToGetMy Instructional Article You are in a relationship that is new, maybe it has only been a couple of months. But the guy you are dating is always buying you gifts without giving you a 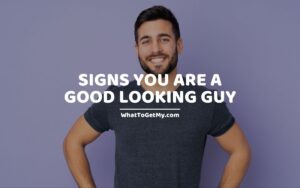 17 Signs You Are a Good Looking Guy

17 Signs You Are a Good Looking Guy WhatToGetMy Instructional Article Being handsome is a trait that most men want to be associated with, even if they may not admit it. This is because beauty is currency and it is scientifically proven that beautiful people 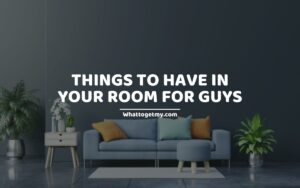 11 Cool Things to Have in Your Room for Guys

Looking for things to have in your room for guys? Good, because it’s time we told ourselves: decorating a room isn’t just a woman’s issue. Men also don’t really need it. We’ll always find some to say, “Ah, what’s the point! A few useful accessories 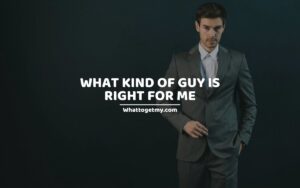 19 Tips on What Kind of Guy Is Right for Me

19 Tips on What Kind of Guy Is Right for Me WhatToGetMy Instructional Article “What kind of man is right for me” will help you understand what you want in a relationship and make you intentional about getting it. Growing up, I wanted a lot 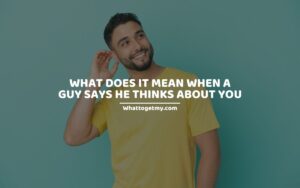 What Does It Mean When a Guy Says He Thinks About You – 15 Reasons He Could Be Thinking About You and How to Reply Him WhatToGetMy Instructional Article If a guy says he’s thinking about you, it could be for any number of reasons. 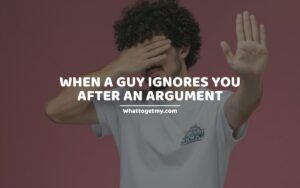 5 Reasons When a Guy Ignores You After an Argument

5 Reasons When a Guy Ignores You After an Argument WhatToGetMy Instructional Article Have ever had an argument with your boyfriend and he hasn’t called after a fight? This can only mean that he is angry with you and has no way of explaining. What